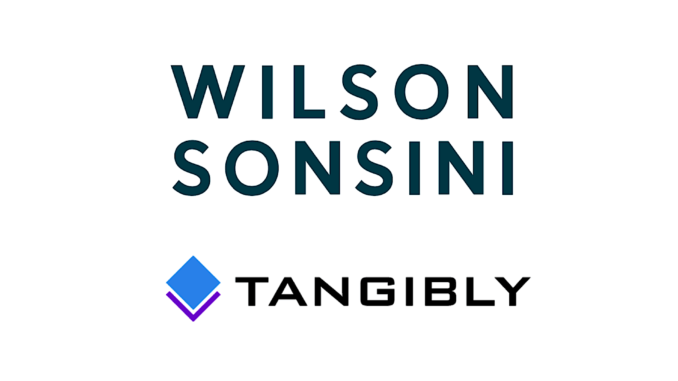 California-based law firm, Wilson Sonsini, has invested in another legal tech company, this time participating in a $1.3m pre-seed funding of Tangibly, a trade secret management platform. It has also previously invested in CLM startup Lexion.

The money was delivered via the WS Investment Company, which is Wilson Sonsini’s venture arm. Madrona Venture Group, and a number of seed funds, influential founders and angel investors, such as Jack Newton, CEO of Clio, also took part.

Interestingly and according to Crunchbase: ‘WS Investment Co. is the investment fund of law firm Wilson Sonsini Goodrich & Rosati. The fund was formed in 1978. All fundraising is internal, with mandatory participation by partners and is occasionally opened to associates. Among other investments, the fund was a pre-IPO investor in Google and Juniper Networks.’ Also according to Crunchbase, it has made around 50 investments overall – with the vast majority outside of legal tech so far.

The move to back a trade secret software company makes a lot of sense for a firm such as Wilson Sonsini, which has a large client base of tech companies. And as Tangibly states: ‘90% of the S&P 500’s market value is intangible assets, which is up from 17% in 1975. Trade secret laws protect these assets but require companies to proactively follow best practices to enable enforcement.’

That’s quite a thought, so it’s worth repeating: 90% of the value in one of the world’s leading indexes is intangible, i.e. proprietary information. They added that: ‘These trade secrets include data, code, business processes, and manufacturing processes.’

But what does the company do….? They offer a collection of things, including a Non-disclosure Agreement (NDA) solution for ‘companies of all sizes looking to take the first step in protecting their trade secrets – establishing a process for NDA creation, execution, tracking and auditing’. Which just shows the importance of making the NDA process easier – so a special hat tip here to the oneNDA crew.

But they don’t just help you to create an NDA. The company helps you with signature and the tracking of these NDAs, such as who has them and when they expire.

It also offers a ‘Manage’ capability, which is described in this way: ‘Tangibly Manage establishes a set of best practices between your assets, people and contracts so that you can transform your confidential information into legally enforceable assets. While patents are managed for you through government certificates (patent document), protecting your trade secrets is effectively DIY. Not managing them is as good as acknowledging that they have no value.’

They are also developing educational resources for companies so that they can better understand IP and trade secret issues and needs.

And you can again see here the connection to a law firm…..as it will clearly drive demand for IP advice.

Tim Londergan, Tangibly’s Founder and CEO, said: ‘Recent geo-political and legal challenges have dramatically raised corporate awareness of the need to actively manage trade secrets, but it is a complex process that most companies have not fully addressed.

‘The response from our early customers combined with the backing from these two firms steeped in new category creation signals a big opportunity ahead of us.’

And, Patrick Schultheis, Partner at Wilson Sonsini, concluded: ‘Leaking of trade secrets not only causes companies to lose their market advantage, it can also make it difficult to pursue legal enforcement action despite the very clear laws and regulations protecting trade secrets.

‘Not effectively managing trade secrets is as good as acknowledging that they have no value and as the information economy has grown, the solutions to protect these secrets has lagged substantially. We are excited to back Tangibly as they build their platform into a solution for global companies in all disciplines.’

Overall, what Wilson Sonsini is doing here is showing that law firms – and an increasing number are doing so – can invest wisely in legal tech startups that will help not just their clients, but can in turn potentially help create legal work, in this case in relation to IP and trade secrets. Of course, there’s no guarantee that a company using Tangibly will automatically look to Wilson Sonsini for more advanced IP advice, but the firm’s close association with the startup, plus its deep relationships across the US tech sector can only help in that respect.

As noted, their investment arm has been around for a long time – since 1978 – and has largely invested in other types of startup. But, there is a good argument for law firms to help startups that can genuinely help improve their own business, whether directly or indirectly.

It’s also interesting that Tangibly is helping companies to make better choices around NDAs, which some might see as cannibalising law firm billable work. Yet, for a firm like Wilson Sonsini, basic info on NDAs is not a big money-spinner, what they’d rather do is help companies that need much more complex advice that relates to major IP disputes, large-scale financing, or going public eventually. Being able to direct smaller companies to Tangibly for some initial help on NDAs and IP, with them later when they have grown, coming back to Wilson Sonsini for higher value input, makes for a handy business model.