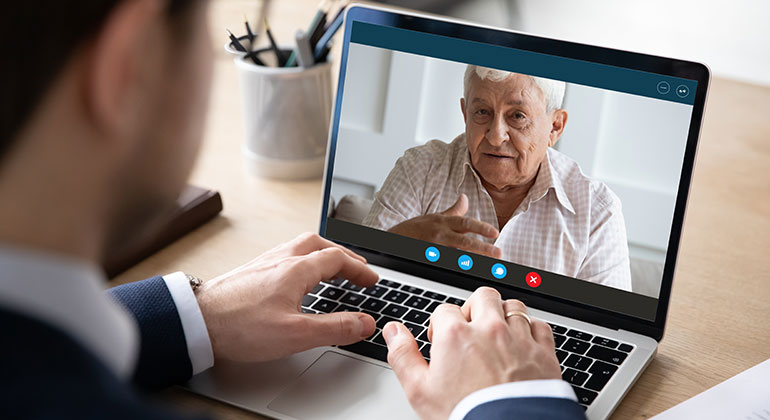 37% of US adults used telemedicine last year, increasing with education level and income

In 2020, telemedicine saw a huge surge basically because that’s the only way anyone could access case. These services, which had been widely available for a while but underused, with only eight percent of patients having even tried it by 2019, grew so quickly that nearly a third of all visits from July through November of that year were done via phone or video.

The big question going forward was always how sustainable that was going to be; once people had the opportunity to go back to the old way of seeing their doctor in person, would they like telemedicine so much they’d want to keep it?

According to a report from the CDC, using 2021 National Health Interview Survey (NHIS) data, a surprisingly large percentage of people continued to use telemedicine even after they no longer had to, suggesting that, while it won’t be the dominant form of doctor/patient communication going forward, it will still make up a significant share.

When broken down by race, the largest percentage of telemedicine usage came from the non-Hispanic American Indian or Alaska Native community, 40.6% percent of whom used it; that was followed by 39.2% of Non-Hispanic whites, 33.1% for non-Hispanic Black people, 32.8% among the Hispanic population, and 33% for non-Hispanic Asians.

Interestingly, the percentage of adults who used telemedicine increased with age, though perhaps that just had to do with fewer young people seeing a doctor at all: 29.4% those aged 18 to 29 used these services, compared to 35.3% of those aged 30 to 44, and 38.9% of those aged 45 to 65. It was the 65 and over crowd who was most likely to use telemedicine, with 43.3%.

In terms of education, of those who with less than a high school diploma or GED, the percentage who used telemedicine was 28.7%, compared to 39% for people with some college and 43.2% for those with a college degree or higher.

Finally, the report also looked at the data by region, and found that telemedicine usage decreased as people got further away from urban areas; 40.3% of adults living in central counties of large metropolitan areas used telemedicine, compared to 27.5% among adults living in noncore areas.

Salesforce: “Things Are Too Unpredictable to Provide a Forecast” | SaaStr