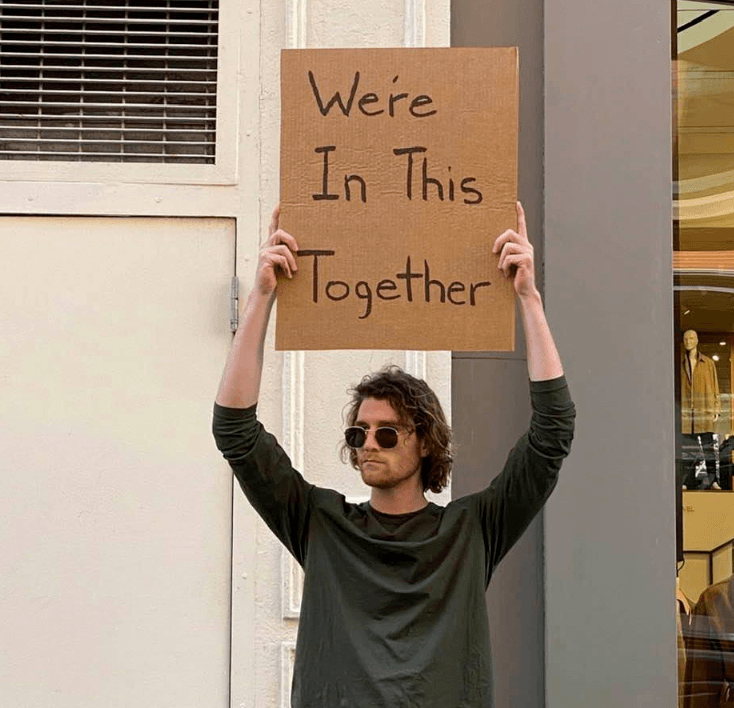 Someone asked me yesterday whether or not I would ever consider living anywhere else.

For years, family was the main consideration for me concerning location. My family is based in New York. My mom had a long chronic illness before she died and my grandmother lived past 100. Being here for my family was priority one.

Besides, there were a limited number of places where I could do my job in venture capital anyway—and while I might be a go to for a pitch from super early stage pre-seed and seed founders looking for quick answers and decisive term sheets in New York City, the reality is that I would be pretty far down the list in the Valley.

There are a lot of funds out there. Plenty of bros. Plenty more zeroes.

That all being said, new VC markets are emerging—and during the pandemic, lots of New Yorkers and folks from the Valley decamped to Miami or Austin.

Could I ever live in either of those places?

While I do like warm weather and the beach—and I did have a heck of a lot of fun the eight years I attended SXSW and ate my way through nearly every Austin area BBQ, these past few weeks added another consideration.

I have a daughter.

What if it turns out she feels most herself in the LGBTQ+ community? Am realistically supposed to send her to a school in a state where she can’t turn to a trusted educator to confide in for guidance and support around her sexual identify? Or a state where loving our child unconditionally and giving them the support they need would count as “abuse” that would lead to being investigated?

I’m supposed to participate in a tech and startup community under these conditions? Or, if it isn’t about my daughter, knowing that it’s happening to other families in my community—the founders of the companies I back? Their employees?

With a straight face, I’m supposed to say, “Yes, come to this place. Build your company here—oh, unless you have a gay or trans kid. Then it’s probably not such a good idea.”

Joe Lonsdale of 8VC commented on CNBC that people are moving to Texas because it’s a “free state”—a free state for anyone except those who might be questioning their gender identity.

Questioning others’ gender identity, however… well, he’s helping build a whole university where professors are free to do just that.

Yet, that’s pretty much what VCs do.

VCs, being for the most not on the short end of the protected classes see-saw, simply don’t have to deal with these issues—so they straight up don’t care.

“Nobody cares about what’s happening to the Uyghurs, okay. You bring it up because you really care, and I think it’s nice that you really care, the rest of us don’t care,” said Palihapitiya, who is also on the board of Virgin Galactic. “I’m just telling you a very hard, ugly truth. Of all the things I care about, yes, it’s below my line.”

Genocide. That’s how he feels about genocide.

It’s below his line.

And why shouldn’t it be? For all the complaints from the right and the tech libertarians about cancel culture, these folks couldn’t be further from being canceled.

I can count on one hand the number of white VCs who spoke up when Lonsdale shared his views on how “average Black culture needs to step it up and stop having many kids born out of wedlock (statistical indicator of underperformance)/who don’t value education or spend as much time on homework.”

In a world where Black founders get just a percent or less of all the VC dollars and the whole community stood together to pretend to care about change in June of 2020, this VC told the world that if you’re Black, he makes the assumption you’re coming out of a broken culture that doesn’t value learning.

Why is it that the supposedly smartest guys in the room—the kingmakers of tech—are so constantly terrible in their value systems and opinions? It’s not just right or left—as you know we’re so far past big vs small government in our politics.

It’s being in a prime position to dictate the future of human-computer interaction while believing that the only thing keeping someone homeless is not knowing how to code as Founders Fund partner Keith Rabois does. That’s not being on the wrong side of the political spectrum.

That’s just a woefully incomplete notion of a human in society.

It’s consistently being a Russia apologist like David Sacks of Craft Ventures who thinks that the way we could have stopped Russia from attacking Ukraine was to just promise not to let Ukraine join NATO of its own free will, you know, to protect itself from the very thing that is happening right now.

But why bother saying or doing anything that hurts your portfolio’s chances of getting follow-on funding from any of these guys?

My hope is that the answer to that question is that founders will start to care—if they haven’t already. The pool of founders is diversifying—and the interest in Web3, at least, in theory, shows that founders care about inclusion and access. After two years of a pandemic, they care about the mental health of their employees—and they realize that especially in difficult times, diverse teams are stronger and more resilient because they find creative solutions to problems.

The younger generations that are building tomorrow’s big companies are more likely to believe that healthcare is more of a human right than the right to get rich at the unchecked expense of others. So when founders see VCs arguing that it’s super important to get preferential tax breaks when a pandemic has exposed so many economic fragilities in our system, I believe those VCs are going to find themselves left off of cap tables.

I know of one deal where the significant other of a VC was the head of a staunchly anti-LGBTQ+ lobbying organization—and the investor was offering money to a gay founder. Did they really expect that founder to look the other way?

Who your money comes from matters. What they believe in matters.

If you’re decided you love and want to spend your life with someone who works for people who believe that being gay is an evil choice to be converted out of, then I think you’re going to find that your money’s no good here.

We have a human decency debate going on in this country right now. Gone are the days of perfectly legitimate debates on the right size of a central government. I’d love to get involved in one of those arguments right now.

No, what we have now is whether we want to live everyone for themselves or whether or not caring for the person next to you is a virtue.

Given how many people technology has already touched, I’d like to believe that the most sought-after VCs are going to be the ones who show compassion and care for their fellow humans—that founders are going to look for this and LPs are going to vet it.

Because hard things are hard—and the last partner you want around the table with you is the one who is only looking out for his own.

For your next round, maybe you should only pitch “values added” VCs.

Go to Publisher: This is going to be BIG
Author: Charlie O’Donnell

6 Steps To Showing The Business Value Of What You Do