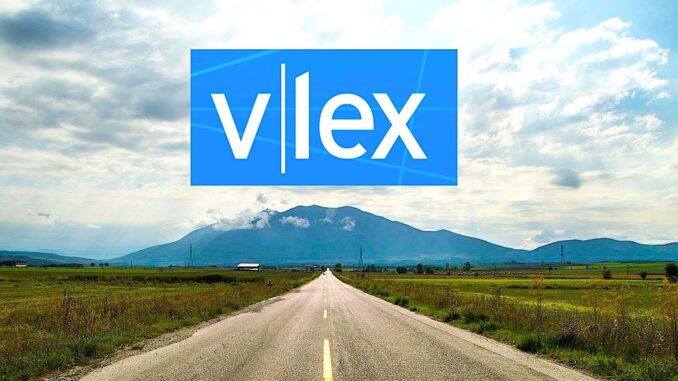 What will the road ahead bring for legal research platform vLex after the buy-out deal with private equity firm Oakley Capital? Artificial Lawyer spoke to Lluis Faus, Co-Founder and CEO at vLex, to find out where the company is heading.

First, some background, what is now a multinational company with offices in the US and UK in fact started 22 years ago in Barcelona, Spain, when brothers LLuis and Angel Faus created the business, with Angel taking on the CTO role.

Since then the company has steadily grown globally, with perhaps one of its most audacious moves taking place in 2019 when it bought UK-based legal research company, Justis, which along with plenty of local legal data included a huge range of caselaw from Commonwealth nations, among others. It had also been developing its own NLP capabilities.

vLex has also made inroads into North America, where it has a base in Florida, US, and in 2021 took a minority shareholding in Canadian legal publisher, Irwin Law. While in 2020, the company did a content sharing deal with the American Bar Association.

On the technology front they have been developing a strong NLP and machine learning capability of their own, which as Faus proudly explained can be applied to improve search results not just in one jurisdiction, but across its entire corpus. This is no small thing, given that some legal publishers do not roll out full NLP-driven search results (which can be an improvement as it can handle more complex searches as well as concepts) to all of their content.

In fact, as Faus (pictured above) underlined, one of the key aspects of vLex is that it provides ‘a unified collection’ where home-grown and well-developed NLP-powered search can be used in all markets it covers.

Faus summed up vLex as a platform that is ‘high quality’ with an advanced NLP-driven tech suite that is useable across primary and secondary collections from over 100 countries.

‘Users can also connect data from one country to another, and with vLex Cloud a law firm can connect their own knowledge to vLex. We also have plenty of APIs,’ he noted.

It can also be used in multiple languages, and there is also a translation capability. I.e. the strategy has been that it may not be as large as its two giant rivals, but it can provide a lot of content from around the world and with search facilities that can deliver a lot of value.

But what next? What is the strategic goal and how will they get there? Faus acknowledged that with Oakley’s help they will be able to make acquisitions when it makes sense to, but he stressed that this is not the entirety of their approach.

They will keep investing in the platform’s capabilities, they will also grow its legal and regulatory content organically, he stressed.

One could say that with Oakley the money is there if they need it when a potential deal comes along – which is nice to have. But the company is not seeking to grow via an all-out M&A strategy. That said, Oakley appears to have a track record of buying companies that can act as ‘the tip of the spear’ to then perform a major growth drive to take market share – and looking at Oakley’s press announcements for other companies on its site, expansion by further M&A does indeed seem to be a favoured option for those businesses in its portfolio, which range from pharmaceuticals to golf.

But where do they want to grow?

‘For us the growth focus is the EU and the Americas – North and South. Also, South East Asia, but the priority is Western Europe and America,’ Faus told this site.

At present, he noted, although they have a presence in the US, many of their users there are leveraging vLex for insights into legal matters from around the world, rather than primarily domestically – although they also have domestic US content.

Artificial Lawyer then had to raise the prospect of an eventual battle with LexisNexis and Thomson Reuters on their home turf – the US content market. However, Faus is not looking at things in this way.

‘We do not want to make a me too company,’ he stated.

That said, it seems inevitable that if there are significant opportunities to expand in the US market, whether organically or via an M&A deal with another content owner, they will take those opportunities.

To conclude, the move makes a lot of sense and although vLex is clearly still smaller than the two giant legal content rivals that dominate the landscape, there is no reason why vLex – especially backed by the Oakley private equity fund – cannot grow in any market where it sees an opportunity.

Moreover, and certainly for larger businesses and law firms, they will likely see the growth of vLex as an addition to what they can do, rather than as a replacement. I.e. those lawyers with sufficient resources will likely subscribe to every legal resource they can – because to do so simply makes sense.

So, it looks like whether vLex eats into the market share of others, or simply just grows in parallel, it has a lot of expansion to come.