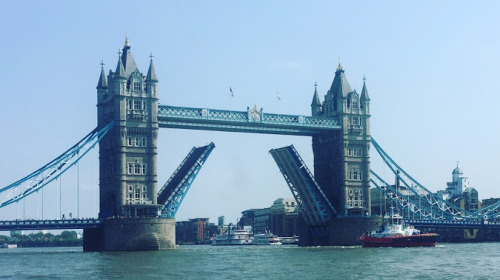 In April I predicted here on my blog the United Kingdom would vote for “Leave” in the EU Referendum. As to many people I was right on this analysis and the reasons were confirmed by a lot of experts. Not much here to celebrate because the outcome of the Brexit process will be an economical disaster on all levels for a lot of people involved inside and outside the UK. But everybody realized that in the meantime.

The Pound Sterling was falling like the cliffs in Dover:

The UK is facing some of its members to seek independence:

But what is coming next if Brexit happens?

Most of my fellow VCs in London were tweeting “Calm down + Carry on coding” to encourage their portfolio companies to work through uncertain times by focus on their business. It is the best advise for days like this, but it needs to be clear that a strategic roadmap needs to be developed in the evening and nights as founders usually do to grow and expand their business. ‘Nothing will change’ is rather wishful thinking in that regard.

That markets came back rather quickly could be seen at the end of the week following the EU referendum:

So changes to the London ecosystem are to look at for the future becomes important for everybody in the industry:

Based on the assumption above we will see the following impact as an eroding process over the next five years. Nothing will have an impact the next coming days even if some prominent decisions will be announced over time. We need to look at midterm statistics for the next 36 months to see the consequences and trends.

While short term impacts can easily reversed over time if conditions will change, the long term consequences are more sever for the future of remaining UK.

While all analysis and predictions over the coming weeks will take the past into account there is the future: the undiscovered land.

The UK constitution needs a parliament to invoke Article 50 in Lisbon contracts of the EU and support will be hard to find for a step the majority of the MPs in all involved parliaments are most likely not willing to take.

With more details and reports emerging and the consequences being more visible for ordinary people the majority of a vote in 2017 could insist on a #Remain in EU. Important for such a decision would be larger time gap in-between those two election events. It looks like the UK politicians of all parties are betting on time for now at least into 2017. However damage has been done to the UK ecosystem and that can not be reversed. It will take additional time to come back from this days and weeks.

Most critical about the Brexit experience will be that the rest of the world understood there are alternatives to London and the UK for many businesses, from small to large. For the future every CEO will have the option to #Leave London and the UK to seek growth and success anywhere else. Opening that opportunity is the most critical outcome from last weeks result.