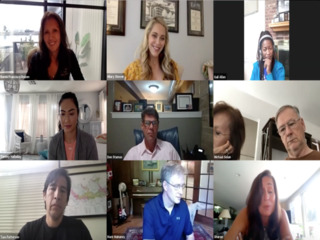 The Kingdom of Bahrain has been very active in 2020, which was highlighted in a previous article by The FinTech Times. Some of those accomplishments highlighted included a wider digital transformation acceleration and preparation even before the coronavirus, as well as a strong push towards economic diversification and development.

Some organisations that have long and currently are supporting both fintech and its wider ecosystem include The Bahrain Economic Development Board (EDB), a dynamic public agency with the overall responsibility of attracting investment into Bahrain and supporting initiatives that enhance the investment climate.  The EDB works with the government and both current and prospective investors to ensure that Bahrain’s investment climate is attractive, to communicate the key strengths, and to identify where opportunities exist for further economic growth through investment.

The EDB focuses on several economic sectors that capitalize on Bahrain’s competitive advantages – including financial services, manufacturing, ICT, tourism, logistics and transport. Dalal Buhejji, Director, Business Development – Financial Services highlights some of her country’s accomplishments in the financial services and fintech sector – both in the past and present.

The Importance of Bahrain’s Financial Services and Fintech Sector

Indeed, it was this deep experience we were able to leverage to build one of the region’s most dynamic and pioneering fintech ecosystems. We built the region’s first onshore fintech regulatory Sandbox, where 32 innovative fintechs from all over the worlds are testing their technologies today. We expect to see two new graduates this summer. We established the region’s first and still largest fintech hub, which provides a supportive space for new fintechs. And perhaps most importantly, our award-winning, pro-innovation financial regulator, the Central Bank of Bahrain (CBB) has earned itself a reputation for its flexible and often pioneering regulation of emerging financial technologies, from cryptocurrencies to open banking.

In short we have put the framework in place for traditional financial institutions and challenger fintechs to work together to adopt new, innovative solutions to drive their business forward. We have seen Open Banking platform provider Tarabut Gateway – one of the first graduates from our Sandbox – partnering with the Kingdom’s banks to roll out open banking services. And we saw the CBB grant a license to Beehive – the region’s first regulated peer-to-peer lending platform – to launch a first-of-its-kind debt-based crowdfunding platform in Bahrain – a gamechanger for the region’s SMEs and startups. And we are helping to drive innovation across the entire region, as our friends and neighbours watch our progress closely and begin to make their own moves. Even Saudi Arabia has recently launched its own Sandbox.

Successes in Bahrain Despite The Global Challenges of COVID-19

COVID-19 has served as a catalyst for digital transformation across a range of sectors, and this is particularly true for financial services and fintech. In other words, many of the successes we’ve seen in recent months are owing to the new environment brought about by the pandemic rather than despite it. In particular, we’ve seen a near unprecedented uptake of fintech, ecommerce and digital banking as consumers in this traditionally cash-reliant region have adjusted their habits in line with the needs of social distancing, lockdown and quarantine. In Bahrain, for example, electronic fund transfer systems Fawri and Fawri+ saw staggering surges in usage – up 935.7pc year-on-year in the month of May alone.

Our traditional banking and financial services sector has responded in kind, with banks racing to meet the changing needs of Bahraini consumers. Al Salam Bank-Bahrain for, example, has in recent months launched a virtual branch, a mobile banking app that allows entirely digital onboarding as well as Whatsapp Banking.

But it is worth noting that while the pandemic has served as a catalyst for digitisation across the financial services sector, this was a revolution that was already taking place. Look to banks like Bank ABC, which launched Ila Bank, and National Bank of Bahrain – the first in the region to launch open banking services; look to BISB, which launched Bahrain’s first fully digital bank branch, and Meem – the region’s first shari’a compliant digital banking service. Over the last couple of decades we have invested considerable sums in building an ecosystem where innovation and collaboration between traditional financial institutions and challenger fintechs can thrive, and we are seeing the results.

To celebrate The FinTech Time’s September feature on women, I just wanted to highlight the accomplishments that Arab women have in this sector. From an op-ed I wrote on Entrepreneur’s Middle East edition earlier this year, I wrote, “When the Bahraini startup Docwhere was named the global popular winner in the prestigious international [email protected] entrepreneurial contest in December 2019, it didn’t just highlight how technology is helping find solutions for social issues in the Middle East and elsewhere. It was also a victory for women entrepreneurs in a region commonly, often erroneously, associated with gender inequalities and other stereotypes.

But one in three tech startups in the Arab world are led by women, significantly higher than in Silicon Valley, where female businesses only comprise 17% of the total. Bahrain, in fact, is a global leader on this front, having achieved gender parity in business ownership, with 49% of all commercial registrations in the Kingdom being female-owned, official statistics show.” I ended the piece by concluding, “Certainly, more remains to be done in terms of creating new opportunities, but investors and government entities are well on the road to gender parity in entrepreneurship across the region. Perhaps now that startups led by Arab women are being recognized internationally, the movement will receive greater support across the economic and social spectrum.”