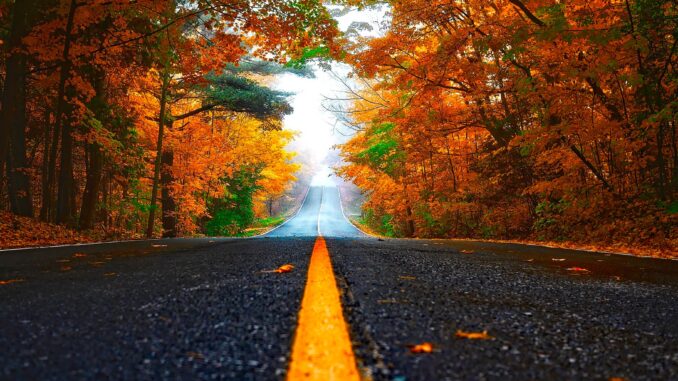 It’s been a wild ride the last couple of years, but what should we be looking out for as we move into the Autumn of 2022? Here are some thoughts from Artificial Lawyer.

First, the autumn is also legal tech conference season in the UK, although some have been moved forwards into September, rather than taking place in October. For example, Legal Geek will be on 28/29 September for a change.

Meanwhile, Artificial Lawyer’s Legal Innovators two-day conference in London has gone the other way, and will take place on 10/11 November. Day One: law firms and ALSPs, and Day Two: inhouse and legal ops. (Tickets and information here.)

And there is also CLOC’s legal ops summit in London on 10 October, which I am very much looking forward to attending as well. If there is one area where we are seeing ‘green shoots’ of exploration and change, then it’s inhouse, which seems to have been turbo-charged in the last couple of years by the opportunities to improve contracting.

Over in the US on 9 October you also have the American Legal Technology Awards gala and award ceremony for the winners this year, which will be in Tennessee, if you fancy flying over for that.

Meanwhile the European Legal Technology Association (ELTA) is holding its annual conference in Israel this year, on 29 November. Meanwhile, one of my personal favourites, Nordic Legal Tech Day, will this year be held in Helsinki, Finland, on 17 November, and I’ll be there as a speaker.

And then, well, it’s the run down to Christmas, which reminds me of one housekeeping point for all of Artificial Lawyer’s advertisers: please make sure to use any campaigns, such as adverts and sponsored articles, that you have booked before the end of December 2022, as everything starts afresh in 2023 and nothing can be carried over to the New Year.

One last thing. Even though it’s still some time away, we are just starting to put together our June 2023 Legal Innovators California conference, which once again and after a very successful inaugural event, will be in San Francisco. Looking forward to that one as well!

So, that’s the housekeeping done. What about the legal tech market? Well, it’s a strange time at the moment. Below are some key factors to consider:

The Funding Crunch and M&A

As explored, the funding crunch is real and here. And as noted above, if you live on the succulent nectar of VC rocket fuel it is indeed glorious when you watch it drive you forwards – but equally terrifying when you realise the rocket ship is coming back under the painful effects of gravity as the fuel dries up and few VCs are willing to top up your (now much larger) fuel tank.

That may in turn drive more M&A. Large companies with PE funds standing behind them, such as Litera and Hg, can do plenty – at least with legal tech startups and scaleups. So too can a small, but notable group of other companies with sufficient cash. Whether it’s Thomson Reuters, LexisNexis, or a PE-backed conglomerate, there are plenty of buyers out there who may see the current market as something of an ‘All You Can Eat’ M&A buffet.

Which then leads to the next point: how will this impact the buyers? Here’s some thoughts:

What Else to Look Out For

Overall, there is so much happening in this field, but there are also a lot of diversions that don’t add much to the overall game. We need to stay focused on what really creates new value within the legal value chain, and that is a project that will go on for many decades to come.

Each year we can only do our best to move things forward and help the legal world evolve in new and exciting ways. And if we are doing this, it’s all because of you – the readers of Artificial Lawyer who are working night and day to drive legal innovation forwards. So, a big thank you to you all for doing that!

Have a great autumn everyone and hope to see you at one of the upcoming events this year – and especially at Legal Innovators in London, Nov 10 and 11.

If you found the topics covered in this article of interest then come along to the landmark two-day legal innovation conference in London. Day One: Law Firms and ALSPs, Day Two: Inhouse and Legal Ops. We have a fantastic line-up of speakers from across the legal and legal tech ecosystems for this event focused on learning, sharing and networking. See you there!

Tickets and more information can be found here.

How to find a lasting purpose as an entrepreneur.