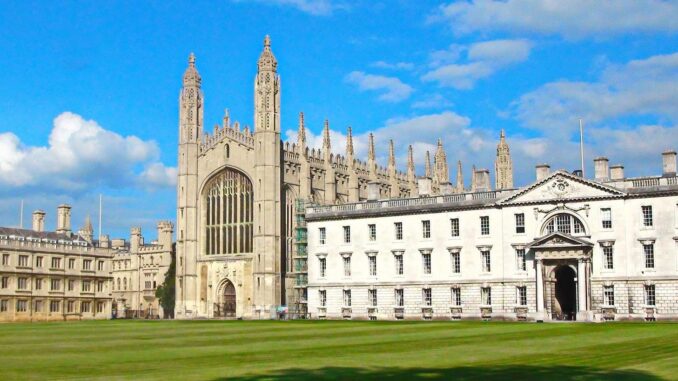 The team and I at Simmons & Simmons recently had the pleasure of hosting Lord Tim Clement-Jones and Stephen Metcalfe MP, the joint chairs of the UK’s All Party Parliamentary Group on Artificial Intelligence (APPG AI), for the day at our Cambridge offices.

The seat of some of the most notable scientific minds in history, Cambridge now hosts a range of AI focused activity and we wanted to bring the experience of those working at the cutting edge of AI together with policy makers in government and the academic research community.

Some might be forgiven for being a little jaded about AI – the big hype bubble of a few years ago left a rather distinct expectations gap. But from that hype have emerged some viable and inspiring innovations. But if the UK is to play a leading role in AI – both at policy level and economically as a driver of growth, there are some takeaways from our discussions which are worthy of reflection.

What makes the best ideas? A room full of people who look and think alike or a room with a diversity of experience, perspective thought processes and expertise? We know the answer and sadly still, as in many other areas of technology, the AI field is far from diverse. Where are the women? Where are the people of colour? The research has shown that there is a systemic gap in the funding for start ups founded by women versus those started by men. There is also solid research evidencing the barriers for ethnic minority founders and entrepreneurs. If we are to truly become a powerhouse of AI we need to the best minds, all of them. To fail to do so will not only be morally abhorrent to any progressive society but also economically costly.

In a sector often dominated by poorly informed memes of robots doing the work of humans, human talent is its most valuable asset, and the most challenging aspect for the start up and scale up eco system. They require talent now or else we risk them simply moving away, and that means making attracting overseas talent easy, quick and affordable. The longer term challenge is how to take a pre digital world educational system in the UK and make it deliver the talent needed for tomorrow rather than yesterday.

The big AI giants of the USA and China churn out vast numbers of STEM students, China for instance annually graduates 1.3million STEM students a year, the USA 300,000 (see: Is China Beating the U.S. to AI Supremacy? | Belfer Center for Science and International Affairs). The UK doesn’t have the scale to match these figures of course but if our economy is to maximise the potential of AI then we won’t get there without a concerted, deliberate and at scale effort.

Great ideas and great talent can’t survive without money, especially when the R&D cycle is so hungry in the initial stages of a start-up or scale up. Access to capital is key and the lack of it in the UK is causing some to struggle and for others to up sticks. From VAT and tax regimes which encourage early-stage investment through to hungry IP negotiations with university spin offs the landscape is tough for the start-up community rather than nurturing. Sometimes it feels like those who make it to do so in spite of, rather than because of the landscape in the UK.

The promise of the multidisciplinary world

There are some great examples and role models of interdisciplinary endeavour, but it’s not the norm. It’s long been my big beef! Policy makers in one domain, academics in another and the private sector in their own. Every now and again, for a special occasion, these communities come together and realise that actually working together unlocks untold potential, but it isn’t the norm.

Why? Lack of incentives both in academia and in business, few ‘translators’ to help bridge the communication gaps and a lack of structures to enable easy cross discipline working. But these are not insurmountable challenges, relatively easy changes can start the movement to change the expectations of the norm.

To realise our potential, we need to harness the collective power of the ecosystem  – blending the world’s most experienced and thoughtful policy makers, with the world’s best academic minds and our globally leading entrepreneurs and AI specialists.

These are deep seated issues, not easily fixed. They require a strategic response, particularly when pivotal technology leaps are a long-term play. We need capacity across each discipline to face the near-term challenges, while also ensuring that we have an eye on realising the future potential. There is so much innovation, energy, drive and talent in the UK – we ought to aim high.

[ This is an educational guest post for Artificial Lawyer by international law firm Simmons & Simmons. ]

In Bid to Disrupt PI, Legal Tech Company Pivots, Launches Legal Service to Compete with the Very Firms It Has Long Served