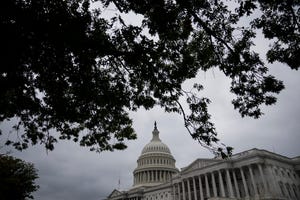 Privacy-focused companies, like DuckDuckGo, Brave and Mozilla, sent a letter to members of Congress  on Tuesday urging them to vote as soon as possible on the American Innovation and Choice Online Act.

The legislation would ban companies from promoting their products on their platforms over their competitors. That means if passed, when you search for a product on Amazon, the top results wouldn’t necessarily be for products sold by Amazon.

The letter sent to members of Congress says big tech tactics steer consumers away from rivals, restrict competition, use non-public data for the benefit of said companies and make it “impossible or complicated” for people to change their app settings.

“Smaller, independent companies want to offer products that give people real control online,” Jennifer Hodges, the head of Mozilla’s US Public Policy & Government Affairs, said in an email to CNET. “Due to harmful self-preferencing practices, a small number of giants dictate what we experience online.”

However, tech companies, like Apple and Google, have spoken out against legislation similar to the AICOA, such as the Ending Platform Monopolies Act and the Platform Competition and Opportunity Act.

“After a tumultuous year that witnessed multiple controversies regarding social media, whistleblower allegations of long-ignored risks to children and ransomware attacks that hobbled critical infrastructure, it would be ironic if Congress responds by making it much harder to protect the privacy and security of Americans’ personal devices,” Apple wrote in a letter to Senate Judiciary Committee members.

“Americans might get worse, less relevant and less helpful versions of products,” Google wrote in a blog post. “While these bills might help the companies campaigning for them, including some of our major competitors, that would come at a cost to consumers and small businesses.”

The AICOA legislation was introduced in October 2021 by Sens. Amy Klobuchar, a Democrat from Minnesota, and Chuck Grassley, a Republican from Iowa. Since then, versions of the legislation have gained bipartisan support from senators, such as Sens. Cory Booker from New Jersey and Lindsey Graham from South Carolina.

“Our legislation sets out to level the playing field for small businesses and entrepreneurs who need to operate on these platforms, as well as benefit the consumers that use them,” Grassley said.