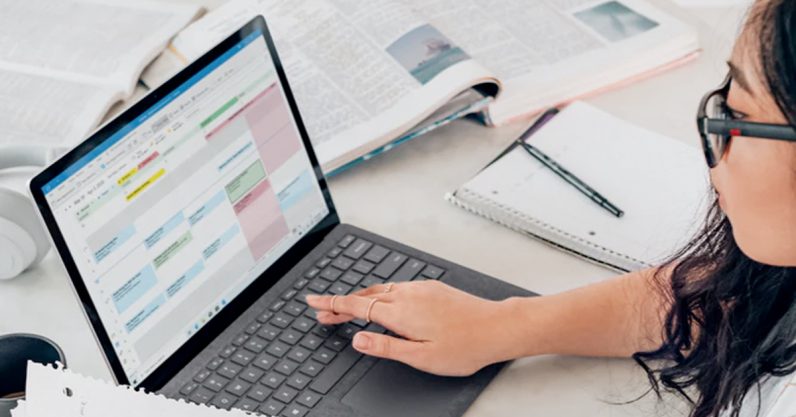 Schools that rely on remote learning during the pandemic are trying to ensure that all kids have the devices and internet bandwidth they need. While important, it takes more than everyone having comparable equipment and working WiFi for all children to get an equal shot.

In my new book based on the sociological research I conducted at three middle schools before the COVID-19 pandemic, I explain how even if all students could get the same hardware and software, it would fail to even the academic playing field.

I saw many technologies used in unequal ways. And I observed teachers responding differently to students’ digital skills depending on the race, or ethnicity, and economic status of most of their students.

Previous research by a team of University of California researchers found that young people gain basic digital skills just from playing with friends online. This includes the ability to do things like to communicate online and create and share media.

Minecraft players have to learn how to create and assemble the building blocks – like digital Legos. Players can learn creative skills, too. For example, they can design how characters look by creating custom “skins.”

In the video below, Minecraft tips and tricks explained.

I studied three Southern California middle schools over the course of the 2013-14 academic year to observe what happened when students had acquired these digital skills on their own.

All three schools had plenty of technology available for students to use. The students told me they used social media and played video games at home.

[Read: Are EVs too expensive? Here are 5 common myths, debunked]

Many students had also mastered the basics of many digital tools, like knowing how to communicate online and how to create and share digital media. Most told me that they were the tech experts of their families. Further, their teachers and administrators explained that teaching digital skills was an essential part of their class curricula.

For all three schools, it seemed, students were ready to use what they already learned to succeed in class.

The main differences were demographic.

One of the schools had mostly wealthy, white students – none of whom got free or reduced-priced meals.

At another, most students were middle class and Asian American, with about 10% qualifying for free or reduced-price meals.

The students at the third were mostly working-class and Latino, with 87% eligible for free or reduced-price meals.

There were few Black students at any of the schools, and I believe that more research is needed to assess how teachers interact with Black children.

I observed that their teachers responded to these different kinds of student communities in different ways. They appeared to see the value of the skills they’d acquired differently depending on the characteristics of the school’s student body.

At the school with mostly wealthy, white students, teachers considered digital play as essential to learning.

“I always use the example of Steve Jobs going to his garage and tinkering around,” explained the school’s technology manager, who I’ll call Mr. Crouse. “Why can’t the garage be at school?”

Teachers at this affluent school tended to see pupils as “future innovators.”

Some teachers at the more well-off school would even let students submit their online creations, like Minecraft levels, stories they wrote online or digital art, in place of some classroom assignments.

But teachers at the schools where students were less affluent and predominately came from communities of color, saw these same digital activities in different lights.

At the school with mostly middle-class, Asian American students, teachers treated the most tech-savvy kids as potential troublemakers.

While teachers at this school saw students as upwardly mobile, racial stereotypes about the overall student body drove perceptions of digital play as threatening rather than an opportunity for learning.

“We’ve had a bunch of suspensions this year because these Asian kids are so good at using technology that they hack our online system,” explained a teacher I’ll call Ms. Finnerty, an eighth-grade science teacher at the school.

Over time, I observed that when these teachers caught students playing video games in class they would snatch their phones, give them detention, and shame them for it.

At the mostly working-class, Latino school, teachers had stereotypes about their students as “hard-working immigrants” who were destined for working class jobs. The teachers I observed didn’t punish them for playing online. But they indicated that they didn’t think the digital skills acquired from gaming or social media use mattered at all for achievement.

“These kids aren’t naturally gifted at technology, so those skills playing video games don’t translate to school,” explained a teacher I’ll call Ms. Duffey, a seventh-grade science teacher at the school. “The kids we teach, if we are being realistic, they need skills for hands-on jobs, like how to fix a (car). If they learn technology it’s for that purpose.”

UCLA education professor Patricia McDonough has previously demonstrated that teachers’ assumptions about working-class students’ futures can shape the kinds of lessons they get in class. However, I saw that this also extends to assumptions about students’ socioeconomic status and technology use.

When technology came up, the teachers at the mostly Latino school focused instead on teaching students how to type quickly or other noncreative tech activities that they thought would help those middle school students someday in a low-ranking job requiring only the most basic digital abilities.

The role of stereotypes

Even though students at each of these schools gained some of the same basic skills while having fun online – such as becoming adept at online communication and digital production – their teachers responded differently when they encountered these activities in the classroom.

I believe that this happened due to stereotypes that colored what the teachers believed about their students.

These beliefs regarding race and class shaped whether they saw students’ digital skills as valuable or not. That is, not even the best equipment and fastest WiFi can end the inequities that emerge through digital technology use – often called the “digital divide.”

This article is republished from The Conversation by Matt Rafalow, Sociologist and Visiting Scholar, University of California, Berkeley under a Creative Commons license. Read the original article.

How humane is the UK’s plan to introduce robot companions in care homes?

Life is not a Game