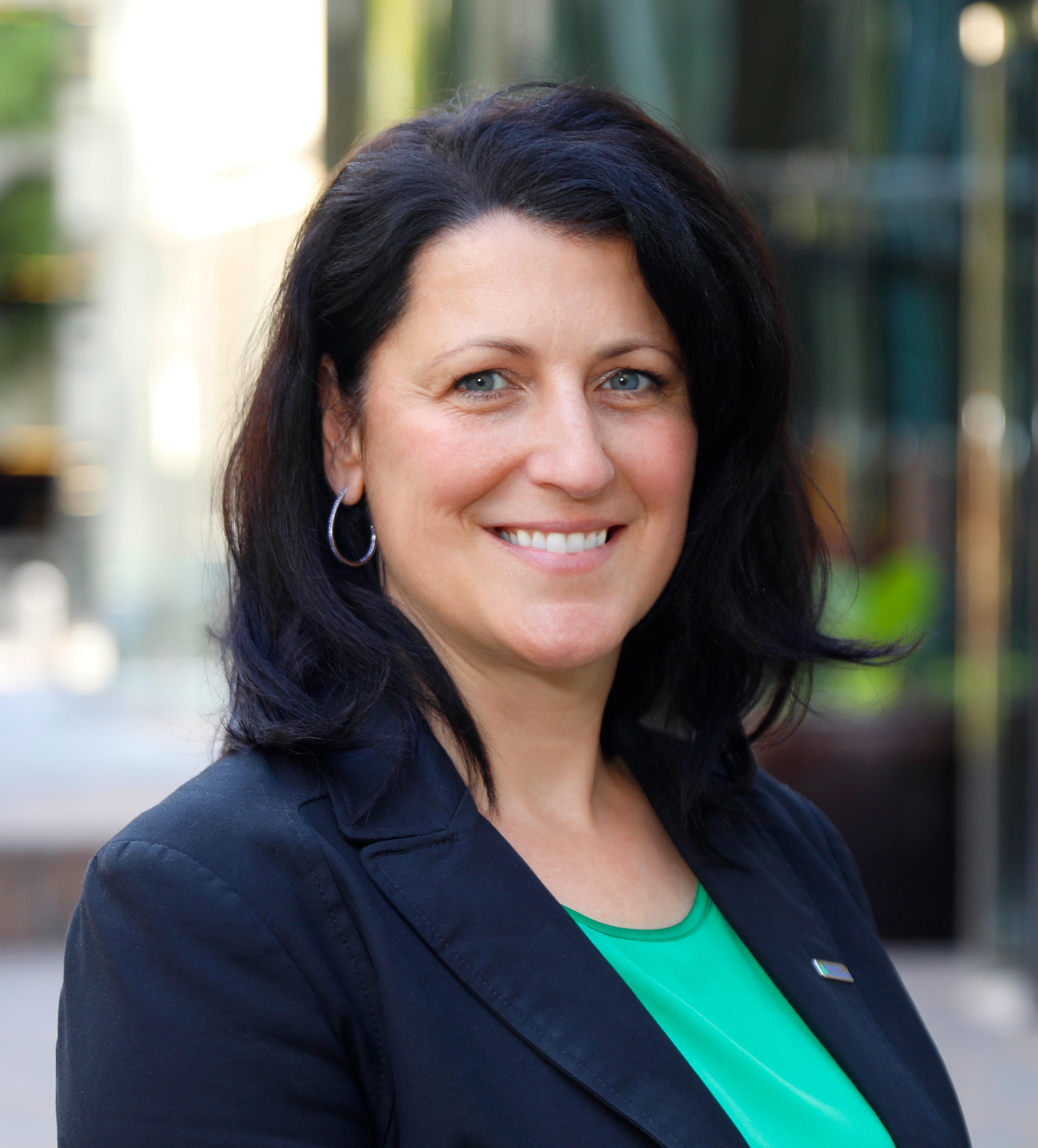 Atlantic Union Bank in Richmond, Virginia saw the wave of loan applications about to sweep toward it after the CARES Act was passed. It responded with a smart mix of automation and manual loan application processing. The result? By the time the money ran out, Atlantic Union improved its automation 5X and had obtained $1.4 billion for 6,500 business customers.

UPDATE As of April 30 the bank said it has successfully received Small Business Administration (SBA) approval for more than 10,000 loans totaling over $1.7 billion through the Paycheck Protection Program (PPP). The bank reports that approximately 80 percent of the clients to whom it has originated PPP loans operate businesses with less than 20 employees, with the median size for all loans made being approximately $45,000. In the second round it also accepted applications from businesses that were not existing bank customers.

The bank, based in Richmond, Virginia, accomplished this by working with Temenos, a banking technology company, to build a new digital loan portal specifically for the Paycheck Protection Program (PPP) in less than a week, said Kelly Dakin, chief digital and customer experience officer at the bank.

Getting it done took some interesting twists and turns. The bank had purchased the Avoka system, as it was named before being acquired by Temenos, for consumer lending. When Dakin joined the bank in May 2019 she concluded it was too big for a consumer loan application, “but it is a phenomenal front end, so we thought we could use it for something.”

When the SBA announced its business loans that would be forgiven if used to maintain payrolls, Dakin realized Temenos was the perfect front end.

“I reached out to Temenos on Monday (March 30) and said we had changed direction and wanted their help on a loan application workflow. They grabbed their best developers and solution architects and went to work.”

The bank had moved non-branch employees to working from home starting March 16, said John Asbury, the bank’s CEO. The executive leadership team meets every morning for half hour to hour over Zoom, so it could give Temenos developers and in-house IT staff immediate answers to any questions that arose during development.

“We had had Zoom for a couple of years, but we almost never used it for video,” Asbury said. That changed in a hurry.

“We faced two crises — COVID followed by the massive SBA loan program. The bank began every morning with a Zoom meeting and wrapped up with a smaller 4:30 meeting.” With all the participants, it looked like Hollywood Squares, he added.

“We have never had better communication. We were making decisions as rapidly as I have ever seen in my 32-year career in banking. All the key stakeholders were right there together. We were reaching instantaneous decisions.”

That, and a long hours by the technologists, were key to getting the system built so fast. Temenos was available on speed dial 24×7, said Dakin.

“Everyone anticipated the SBA program would be popular, but I don’t think anyone anticipated how popular it would be,” said Derek Corcoran, chief experience officer at Temenos.

The bank knew it had to make decisions quickly, and it did, Corcoran added. The Temenos software is cloud-based so Atlantic Union could dial up server capacity to meet demand, which gave the bank the elasticity it needed.

“I have worked with banks that were proud to launch a new product in four months, and this was four days,” Corcoran added.

Dakin said they knew there wasn’t time before the SBA funds were made available to build best in class workflow.

“We decided to create the minimal viable product, get the customer experience right, and serve our small and medium business. Dean Brown, executive vice president, enterprise operations & chief information officer, has 400 people from his team dedicated to this project and told us to do everything we could to deliver the front end on Friday and he would do the back end and get as much as they could through the pipe. A lot of the process was manual to start with, and slowly, day by day we would re-purpose the tool to be stronger and faster.”

Even while the bank was being inundated with applications from their business clients, the developers worked to upgrade the front end with explanations of what documentation applicants needed, a way for customers to seek support, email boxes for customer response provided from 7 a.m. to 10 p.m., and UI improvements.

It moved to system 2.0 in the middle of a tsunami.

“We cordoned off a team led by Shawn O’Brien, head of consumer banking, even while the rest of the bank continued to run the manual review assembly line,” said Dakin. “As the team rebuilt the platform and lined up the work queues by job function, processing slowed down, and then when the revisions were done, it sped up.” Back end improvements included out sort queues for exceptions and specialized teams to work different types of exceptions, which cut resolutions from one to three days to one to two hours.

The bank was in a race against a limited amount of SBA funding — $349 billion.

“Initially, we had 30 people manually keying in initially all of the application data into the SBA portal that kept crashing,” said Asbury. “We were focused on securing as much of this as possible for our customers.”

The goal was to get the applications into the SBA system and obtain a confirmation number, which meant the funds were secured. Once the upload was automated by Wednesday, it could process 5X what it had done on Monday. Atlantic Union obtained 1,000 SBA approvals in one day, although that workday ran to 10 p.m. Each application went through a manual review to look for any missing information or data that didn’t meet SBA guidelines.

“We were getting so many applications that we put out an SOS and pulled people from all over the company — from branches, the contact center – everywhere around the bank people were volunteering to get in and reach out to customers — nights, weekends.”

The banks probably had half its staff processing applications at one time or another, said Asbury. “We had 400 to 500 working full-time on PPP every day. It was clear we were going to be overwhelmed with applications; it was terrifying. The banks have been used as economic first responders since the only way to access funding is through a bank — fortunately we are an SBA lender. Our greatest fear is we wouldn’t meet the needs of our customers.”

The bank decided it would process applications from all its customers, not just current borrowers or high value customers. That required training staff in the SBA process which has its own unique requirements. For the PPP program, applicants have to upload their payroll records — since the loan is for 2.5x the average monthly payroll — and the bank has to verify it is a payroll file.

“That’s why you can’t fully automate,” said Asbury “I am aware of one major financial institution that tried to automate and even now has not been able to stand up the system. That’s the brilliance of this semi-automated system and all these people working from home.”

Fortunately Brown, the bank’s CIO, had made laptop computers the bank’s standard equipment, Asbury added. “That enabled us to be mobile.”

Talking on Friday, Asbury expected most of the team would work through the weekend, the third weekend of work. Volunteers even worked through Easter Sunday, he added, and the pressure is still on in prepartion for the next round of funding.

Atlantic Union is reviewing the 2,500 applications the didn’t go through. Some were companies working with multiple banks or companies that dropped out. Others sent in applications with missing information. Bank staffers will be calling to get applications clarified so when the second round of funding some they will be ready.

“We’ll be right at the gate when the gun goes off,” said Asbury, “so we can’t take a break.” When the new funding becomes available the bank will also open up the process to companies that aren’t existing customers.

“They are tired, but really excited and driven by the importance of the work. “Our top priority in these unprecedented times is supporting our small business and commercial clients.”