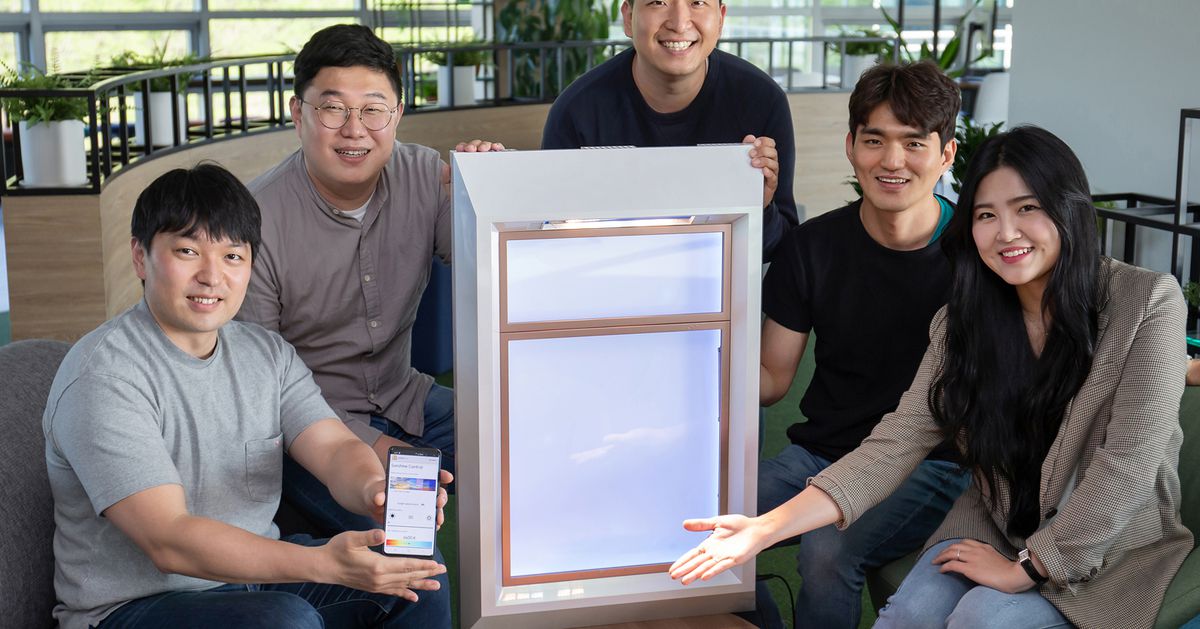 The latest crop of startups backed by Samsung’s in-house incubator C-Labs includes SunnyFive, makers of an artificial window that supposedly delivers all the benefits of natural sunlight.

The SunnyFive window looks to be similar in function to light therapy lamps marketed to sufferers of seasonal affective disorder (SAD). It outputs the full spectrum of natural light, and can be programmed to mimic the lighting effects of a real window.

The angle of the light will change throughout the day and incorporates various “sunlight scenarios” — aka sunrise, dawn, dusk, and sunset. A companion app lets users tweak color temperature and brightness, and it’s easy to imagine alarm clock functionality, too.

According to Samsung, the product “helps users synthesize vitamin D while they are indoors or in low-lit places without having to worry about skin aging or sunburn,” and will integrate with the company’s smart home ecosystem, SmartThings.

Although it’s not the first artificial window we’ve seen before, SunnyFive’s offering does look particularly slick. It’s also appealing at a time when much of the world is being forced to stay indoors to counter the spread of the COVID-19 pandemic. For anyone with a poorly-lit flat or apartment, being able to have a fake window with convincing light in your bedroom or bathroom could make a real difference. And for the more luxurious prepper, it could be the perfect addition to any doomsday bunker.

Unfortunately there’s not much information available about the SunnyFive window. There’s no pricing, no dates on availability, and no website with further details that we can find. There’s only Samsung’s announcement that the group has received backing from the company and will presumably launch some time soon as an independent startup.

Although we’ve seen a lot of interesting ideas come out of C-Labs, there’s been no real breakthrough products, despite Samsung backing some 45 startups. The best known C-Labs gadget is probably a wearable smart belt, which was unfortunately named Welt, and which we’ve not heard much about recently.

An earlier version of SunnyFive (then named SunnySide) demoed at CES this year. We’ll be curious to see more in the future. Other incubator ideas that also got additional backing from Samsung today include a “smart study note service” and a text digitizer.