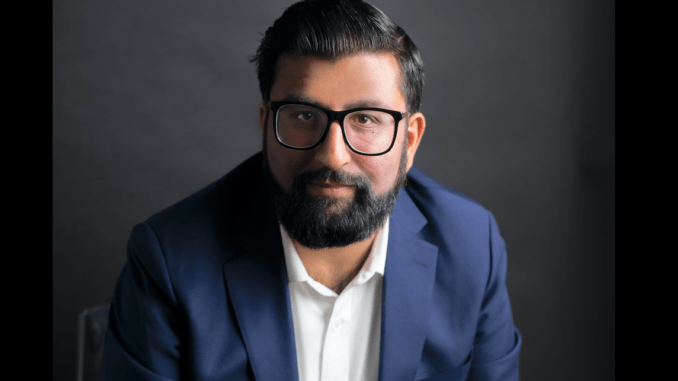 Is process work always simple and standardised? No, says Varun Mehta, CEO of Factor, the ALSP which is majority owned by Carrick Capital Partners. Just because legal work is at scale doesn’t mean it’s not complex, he argues.

‘Everyone thinks scaled legal work should not be complex, but we don’t believe that,’ Mehta tells Artificial Lawyer during a call to promote what the Axiom spin-out is describing as the Integrated Law approach.

Integrated Law is based upon the idea that ALSPs – and especially Factor – are not some basic, business process outsourcing (BPO) offering – but organisations staffed by experienced lawyers working on matters that may well be high volume or high frequency, but they are by no means using some kind of ‘cookie cutter’ system.

Plus, it’s worth noting that ALSPs like Factor are not eDiscovery-focused, as you often see in the US. They work with clients on day to day contracting needs, from review to negotiation.

Such work still needs people who understand the law, who have a deep understanding of the client and its legal needs, and also can work with sophisticated processes and tech solutions to deliver what’s needed. There’s just lots and lots of certain types of work.

‘You need skilled people with legal experience [to do this work] and you enable this with tech and process. Just because there is lots of work does not mean it’s standardised, and complexity does not need to be at a law firm,’ Mehta adds.

Moreover, the idea is to work hand-in-hand with the inhouse legal team, as they do with BT, which in that case also includes a ‘virtual bench’ of legal staff at Factor that can be brought into matters at the telecoms giant when needed. I.e. they’re not some distant BPO where the client just lobs the work over a metaphorical wall to a bunch of strangers.

‘We have about 60 people integrated with BT and we are looking at how we can apprentice our people there,’ Mehta adds and then uses the term ‘partnership’ to underline how close they are.

Of the ALSP’s approximately 600 people, about 70% of them are split between Poland and Belfast in Northern Ireland, with others dotted around other locations including the US.

Of course, these days you could say that location is irrelevant. If people can do the work then…well, they can do the work. If someone is at home in suburban Belfast, or on the East Coast of America, does it really matter – at least in terms of the contract work they are focused on?

For Factor, it’s a partnership with their clients, where which work is done by which party is carefully figured out, and with the ALSP acting very much in the place of a law firm in some cases – albeit not dishing out legal advice, and in other cases working directly with one, as they have done with Allen & Overy to help with LIBOR repapering.

Either way, the idea is that they are an equal partner to the client along with any law firm that is involved, they’re just doing a different work stream.

And Factor would no doubt argue: just because we do work at scale doesn’t mean that we are lesser in some way or have a more distant relationship than a law firm would with the client.

So you have three key players: the client and their inhouse team, the ALSP doing complex process work at scale, and then the law firms providing the most high-risk advice.

Mehta continues: ‘GCs are hired to be great lawyers and deal with risk. But then the inhouse team gets stuck doing BAU transactional work, and that means the inhouse team becomes a roadblock.’

Of course, could a law firm do this ‘complex work at scale’ instead? The short answer is: yes, and they do already.

Given that ALSPs remains a small percentage of all revenue earned in the commercial legal sector, and that not all complex work at scale is handled inhouse, then clearly notable amounts of this work are still being handled by law firms, whether using the main associate body, with or without a paralegal group sometimes assembled at short notice, or in a few cases via their own dedicated ALSP that they have built just for such work streams.

So, where does this go? They only started as an independent business in 2020 and are in effect owned by Carrick Capital, so they don’t need any more external cash, nor given their short existence outside of Axiom are they about to be sold (one presumes…).

The plan is clearly to keep growing, using the Integrated Law idea as a marketing pitch that promises a deep relationship with those who work with the ALSP. And certainly one gets the feeling now that ALSPs (or Law Companies if you prefer that term) have come of age, maturing into businesses that act no differently than law firms, albeit focused on only certain streams of work; and some might argue actually stick around for the long-term and are not just there for the occasional transaction.

But one area we haven’t looked at in detail is technology. If you are focused on process, whether it’s complex or not, then tech can help, as if something is repeated then parts of that workflow can be systematised, while if contracts are your focus then there is a ton of data to be extracted, shared, modelled, and compared against playbooks.

Now, while Mehta is clearly evangelical about the value of ALSPs in terms of the human dimension, when it comes to tech this site has to say the feelings picked up from Mehta seemed to be only lukewarm.

You know a tech evangelist when you meet one. Their eyes light up at the words ‘automation’ or ‘unstructured data’, when asked about the pros and cons of NLP they look genuinely pained one moment and joyous the next. But, when asked about what tech tools Factor is using, including this site naming one that has had a deal with them, namely BlackBoiler – which helps you to redline docs with NLP based on historic review data, then he wasn’t exactly bubbling over with excitement.

He notes that he ‘believes’ they are working with BlackBoiler and that they ‘do a lot’ with Agiloft. Mehta adds that: ‘The immediate future is tech enabled, but if you look at automated driving then they are still backtracking. That doesn’t mean failure, it just means that cars get safer, but they are not self-driven.’

He also then notes that predictive coding for eDiscovery has only meant that the human reviewers have a better chance to find the right information, but importantly it doesn’t replace them.

Reading between the lines here one is tempted to guess that this view is understandable for a business based on people. ALSPs, ironically enough, although seen by many as disruptors of the status quo, are just as keen to keep the traditional human-centric business model as law firms. Factor really doesn’t want to turn into a tech company with some people at the back end doing ‘Quality Assurance’.

To conclude, the idea is to build more partnerships like the one with BT and just keep going, to build out the team further, and to keep focused on the people and the relationships.

Plus, one has to say, this really does feel like the right time for ALSPs to prosper. A growing number of cost-conscious GCs, educated in the world of legal ops, and working in a semi-recessionary environment, are looking for solutions to the complex work at scale challenge. Reaching out to ALSPs makes a lot of sense, and no doubt Factor will be more than happy to tell them about the Integrated Law philosophy and how it will help them to answer their questions.

Add their work to that of others, from Elevate to Johnson Hana and more, then things are looking bright for the world of ALSPs.