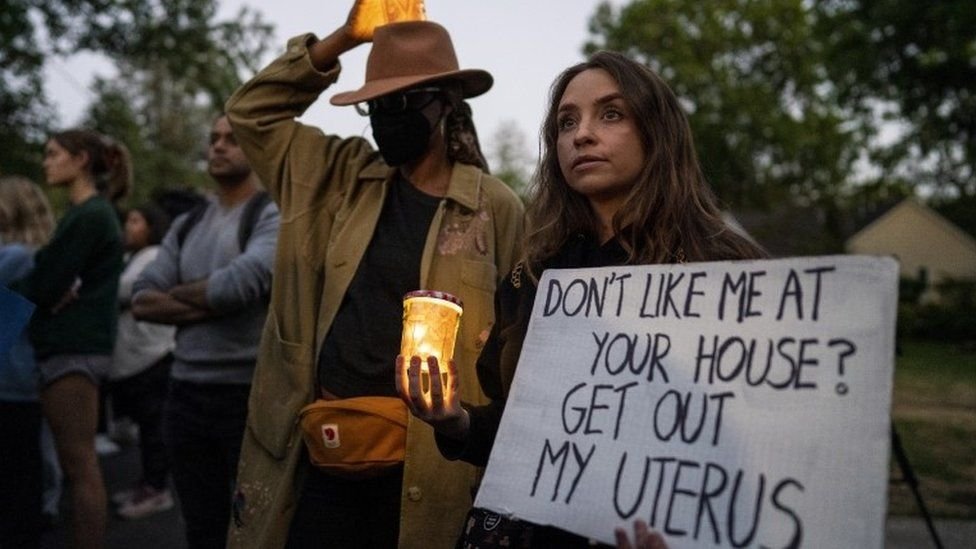 The other day, I dialed into a meeting of VCs for Repro, a coalition of investors that support access to abortion. I was stunned. The room was 90% female.

We all know the statistics about gender representation among venture capital investors—it’s unfortunately pretty hard to gather a roomful of female investors unless the meeting is specifically about being a female investor.

To me, abortion isn’t just a women’s issue, so I really didn’t expect this lack of representation from my male colleagues.

We had a conversation about why this might be the case—why more venture firms weren’t signing up.

There are 75 firms that have attached themselves to this list but lots of notable exceptions. It’s great to see a whale like Insight Partners up there, but there are only a couple of other more established names and they’re mostly smaller, like Eniac, Anthemis, and Bloomberg Beta.

A lot of the firms are either new or focused on female founders, like BBG and Female Founders Fund.

Someone had surmised that maybe big firms were worried about LP fallout—that if your LPs were Catholic Charities or the Notre Dame endowment, your investors might walk. That didn’t really make much sense to me, because I don’t really think that Benchmark, Sequoia, First Round Capital or Union Square Ventures are hurting for LPs—and once those guys sign on, then it becomes a list you kind of have to be on.

I would argue that this is a list VCs need to be on anyway because it’s their fiduciary responsibility to support a woman’s right to choose when she wants to have a family, if at all. To have anything less is to artificially hold back returns for the whole asset class, which betrays the responsibility VCs have to their Limited Partners.

I’m not going to argue that you can’t build or join a tremendously successful startup and have a family at the same time—but I will most certainly argue that it’s nearly impossible to do without a lot of planning. Unplanned children, given the sorry state of childcare in this country, cost women educational attainment—shrinking the talent pool of both founders and startup employees.

If startup success and asset class performance correlate with having the best and brightest available and fully prepared for the kind of work that building a startup requires, you’re going to shrink that talent pool unless they can choose when it works for them to start a family.

The same is true for men, too. Unplanned pregnancies can cause men to leave the startup talent pool because they’re not able to take on early stage risk with either a new family at a young age, or additional family members they didn’t budget for later.

In an ideal world, we’d fully fund childcare and healthcare so that the tradeoffs between having and raising kids and getting an education or working harder on career goals weren’t so steep—but that doesn’t seem to be an American priority at the moment. We can ill afford hardworking high school and college students cutting short their education or their aspirations because they were forced into building a family before they had a shot at building the next big thing.

We also can’t afford experienced talent not to be able to lend its wisdom and experience to a new company, making it better and more likely to succeed, because they unintentionally wound up with an extra mouth to feed, taking them out of the game for early stage startup risk.

I’ve written checks to three companies with pregnant co-founders. These women are all amazing and I’m honestly not sure how they pulled off what they did—but what I do know was that all of these pregnancies were planned. I don’t know if it’s possible to have it all, truth be honest, but I don’t think you get it accidentally. It requires thoughtfulness and preparation—something we can ill afford to give up if we truly want a focus on innovation.

Marc Andreessen in his call to “build” says that we should be “taking care of people who are building”.

In what world is it taking care of the builders to take away a woman’s choice to delay having a family until after she finishes building something great?

He says, “we need to separate the imperative to build these things from ideology and politics”.

Let’s not allow any politician to dictate to any female founder when is best for her career and her company for her to have a family. Marc has spoken out about the heavy hand of government throttling innovation, so how come his firm isn’t supporting freedom from government intervention with respect to family planning? Does he think it’s a good idea for the government to force an unpartnered founder that he just wrote a $100mm check to carry an unwanted pregnancy to term?

Hard things are hard, and they’re even harder as an unintentional single parent.

I’m sure some investors and their underlying LPs will argue that this is a moral question that they’d rather not weigh into, but arguing morality here is specious.

You can judge all you want, but when it comes down to selecting representatives for your views, there is no moral vote to be cast against abortion—because of what kind of politicians line up on each side.

I mean, they don’t even support the child tax credit or childcare programs—childcare! So even if the founders you backed did decide to have kids and work on a startup at the same time, the lack of available and affordable childcare could hold them back. These are folks that have zero interest in kids after they’re born.

Simply put, the collateral damage that any single issue Pro-life vote would inflict cannot possibly be justified—because with today’s American right wing, the cruelty is the point.

But if that doesn’t sway them, if and when your LPs tell you that your support of a female founder’s right to choose the path of their own career and family would cause them to withdraw their financial support, ask them how they can justify, from a fiduciary standpoint, getting behind candidates that would close America’s borders—knowing full well how much wealth immigrant founders have created for limited partners in the asset class over the years.

Pro-life votes are not votes for venture capital returns. They don’t support a society where the best and brightest have the agency to design their life as they choose, take financial risk at optimal times and get the support they need when they do decide to bring family into the picture.

If you’re a founder pitching Sequoia, Benchmark, Union Square Ventures, First Round Capital, A16Z and all the other top tier firms why they haven’t signed up for a coalition supporting women’s agency over their lives and their bodies—and if they’re against it, what that means for the kind of agency they think female founders should have if they join your board.

Go to Publisher: This is going to be BIG
Author: Charlie O’Donnell

7 Startup Costs That You Assume With Outside Funding

5 Keys To Breaking Through Success Barriers At Work