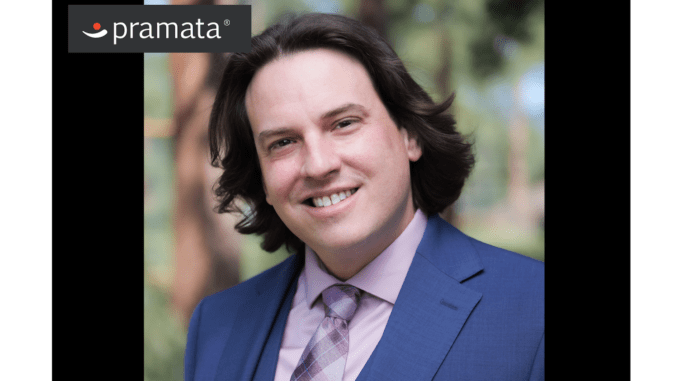 Pramata is an NLP-driven contract management system that’s been going since 2005 and works with the likes of Pitney Bowes, NCR and Comcast Business – yet you may have never heard of it.

Artificial Lawyer caught up with Foster Sayers (pictured), its new General Counsel and Chief Evangelist, who joined the California-based company in May this year, to find out some more.

Sayers, who has been both an inhouse lawyer at several companies before and helped co-found a mobile app company, Nexus121, back in 2011, is keen to let the world know what Pramata can do, especially now, after an evolutionary journey with regards to its NLP capabilities that the company believes are as good, if not better, than anything else in the market. It’s also clearly on something of an expansion drive.

So, let’s start with the AI bit.

Sayers noted that over many years they’ve been steadily improving their NLP accuracy. In this case the software is aimed at helping inhouse legal teams analyse own and third party paper both against company playbooks and also to extract key information.

They’ve also had a significant team of contract specialists in India who act as quality assurance experts, or as they call them the ‘AI Assist team’, making certain that the clients get the most accurate results.

This is how the company puts it: ‘[We use] leading AI technology combined with an AI Assist team to handle exceptions, review outliers and ensure 99%+ data quality. The result: reliable reporting and analytics across 100% of your contracts.’

Sayers highlighted that as their NLP has improved over the years so the time needed by their AI Assist team on each matter has reduced.

‘It’s been a crazy change. We are quick and easy, and also super accurate [now]. Also, the checking for the customers helps with the training [of the NLP],’ he explained.

Importantly, he then said that by reducing the level of human input into the review of the NLP output Pramata can be more ‘cost effective’ for the customers, and that in turn enables it to now appeal to a much wider audience, not just giant corporations.

So, although they are keeping humans in the loop, and are not making claims they have reached ‘AI perfection’, they do believe that they have been able to steadily shave off the amount of human input to reach a high level of accuracy, in part simply because they have been training up their NLP for so very long.

(And that is one of the key aspects of machine learning systems for very niche language sets, such as legalese – you really cannot avoid the long, hard slog of training, training and more training to get to super-high accuracy. You can get ‘quite good’ results relatively easily and quickly – but that ‘last mile’ of real quality is hard to achieve. It’s also the part that the clients want the most.)

OK, a pause now. What else does Pramata do, and is it a CLM? Sayers noted that he doesn’t really use that term and prefers to stick to just ‘contract management’. That said, they cover a lot, including capabilities for:

So, where is all of this heading, especially with Sayers now in the new role as Evangelist?

‘We want democratised access to documents. We want to give access to the whole organisation so they can have that information [which is stored in the contracts],’ he said.

He then added that once you have digitised contracts you can support self-serve across the enterprise and that in turn helps to reduce the burden on the inhouse team, as they don’t have to constantly search for things executives at the company need to see.

And the ultimate goal? ‘We want Pramata to be the most trusted name in contract management,’ Sayers concluded.

Given the increasing number of players in the contract management to CLM space it is going to be a fierce battle to get there, but they have every chance of succeeding, especially now their NLP capabilities appear to have matured to where they want them to be.