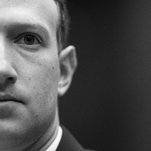 To hear more audio stories from publishers like The New York Times, download Audm for iPhone or Android.

SAN FRANCISCO — On Jan. 27, at a regularly scheduled Monday morning meeting with top executives at Facebook, Mark Zuckerberg turned the agenda to the coronavirus. For weeks, he told his staff, he had been hearing from global health care experts that the virus had the makings of a pandemic, and now Facebook needed to prepare for a worst-case scenario — one in which the company’s ability to combat misinformation, scammers and conspiracy theorists would be tested as never before.

To start, Mr. Zuckerberg said, the company should take some of the tools it had developed to fight 2020 election garbage and attempt to retool them for the pathogen. He asked executives in charge of every department to develop plans for responding to a global outbreak by the end of the week.

The meeting, described by two people who attended it, helped vault Facebook ahead of other companies — and even some governments — in preparing for Covid-19. And it exemplified a change in how the 36-year-old is running the company he founded.

Since the day he coded the words “a Mark Zuckerberg production” onto every blue-and-white Facebook page, he has been the singular face of the social network. But to an extent not widely appreciated outside Silicon Valley, Mr. Zuckerberg has long been a kind of binary chief executive — extraordinarily involved in some aspects of the business, and virtually hands-off in areas that he finds less interesting.

The beginning of the end of Mr. Zuckerberg’s distanced leadership came on Nov. 8, 2016, with the election of Donald Trump. From that moment, a relentless series of crises — his casual dismissal of concerns over fake news as “a pretty crazy idea”; revelations that the platform had been used as a plaything for state-sponsored espionage; the Cambridge Analytica scandal — jolted Mr. Zuckerberg to tighten his grip.

Many of his consolidation tactics have been highly visible: He replaced the outside founders of Instagram and WhatsApp with loyalists, and he refashioned Facebook’s already-friendly board to be even more deferential, swapping out five of its nine members.

With the attention of a quarter of the world’s population to sell to advertisers, Facebook is so colossal that org-chart moves have the effect of creating powerful new characters on the global policy stage. Mr. Zuckerberg has elevated lieutenants to win over hostile territories — the Republican operative Joel Kaplan in Washington, and the former deputy prime minister of Britain, Sir Nicholas Clegg, in the eurozone. And his more hands-on approach has caused, by the zero-sum logic of corporate clout, an effective sidelining of Sheryl Sandberg, his chief operating officer and the most high-profile woman in technology.

Now, the coronavirus has presented Mr. Zuckerberg with the opportunity to demonstrate that he has grown into his responsibilities as a leader — a 180-degree turn from the aloof days of 2016. It’s given him the chance to lead 50,000 employees through a crisis that, for once, is not of their own making. And seizing the moment might allow Mr. Zuckerberg to prove a thesis that he truly believes: That if one sees past its capacity for destruction, Facebook can be a force for good.

“Mark has taken an active role in the leadership of Facebook from its founding through to today,” Dave Arnold, a company spokesman, said in an emailed statement. “We’re fortunate to have such engaged leaders, including Mark, Sheryl and the entire leadership team. Facebook is a better company for it.”

The revamp has not gone without incident. In early May, Facebook struggled with how to handle a viral conspiracy video known as “Plandemic,” waffling as the footage spread to the screens of millions of users. Last week, reporters at the Detroit Metro Times showed that the company was blind to assassination-stoking activity on pages with 400,000 members.

Still, for Mr. Zuckerberg, the pandemic has the potential to be a more favorable backdrop than what 2020 would have ordinarily been dominated by — the presidential election and the difficulties of policing political speech.

In theory, the crisis plays to some of his strengths. Through his personal philanthropy, the Chan Zuckerberg Initiative, he has long been interested in curing and preventing disease. Covid is borderless, like Facebook itself, and will require a supranational response at a scale few other organizations are equipped to handle. Solutions, if they ever come, will be grounded in science and not emotion or politics.

Or the pandemic could take all that is dangerous about Facebook and amplify it. When the stakes are not merely a presidential election but global health, any role the company plays in elevating toxic information has the potential to make all its prior harms seem trivial. And if Mr. Zuckerberg is fully in control of his company in a way he wasn’t before — as acknowledged by interviews with more than two dozen people — the success or failure of its response will reside entirely with him.

‘Until now, I’ve been a peacetime leader’

In Silicon Valley, there is a certain kind of company founder whose title is C.E.O. but who presents himself as a “product guy.” A product-guy C.E.O. feels more at home developing what is for sale than actually running the company.

At Apple, Steve Jobs was a product guy, inventing the iPhone while leaving the supply chain to his C.O.O. At Amazon, Jeff Bezos is a product guy, obsessing about retail customers while others run the profitable web-hosting division. And at Facebook, for more than a decade, Mark Zuckerberg was a product guy’s product guy.

In practice, this meant Mr. Zuckerberg dove into important new products, giving direct orders to middle managers in charge of whatever feature he was obsessed with that week. It also meant he was comfortable delegating in areas that interested him less keenly — including the advertising machine that generated $70 billion in revenue last year. Even less compelling to Mr. Zuckerberg was the realm of Facebook policy around what kind of speech was and was not permitted. Those subjects fell into a specific category: Too important to ignore, but not exactly what a young billionaire wants to spend all of his time on.

Oversight of those areas went to his trusted inner circle, known as the M-Team. Short for “Mark Team,” its members knew they were never likely to succeed him as chief executive, but they could remain powerful and autonomous within their own departments. At the top was Ms. Sandberg, Mr. Zuckerberg’s second-in-command, whose portfolio spanned advertising, marketing, regulation, communications and beyond.

The 2016 election made it clear to Mr. Zuckerberg that the accommodation was no longer viable, as he and Ms. Sandberg were pilloried for being absent and distracted, if not willfully negligent. Afterward, Mr. Zuckerberg spent a chunk of 2017 on a state-by-state tour of America, but it wasn’t well received; mostly, his photogenic purple-state antics — sitting on tractors, attending church, bottle-feeding calves — just fed the rumor that he was making a run for president. Mr. Zuckerberg resolved to take control of the global superpower in which he already dominated the voting.

First, he made a show of owning up to its failures. “It’s clear now that we didn’t do enough,” he told reporters on a conference call in 2018, reflecting on the company’s string of missteps. “We didn’t focus enough on preventing abuse and thinking through how people could use these tools to do harm as well. We didn’t take a broad enough view of what our responsibility is, and that was a huge mistake.” He added: “It was my mistake.”

Not long after, in July 2018, Mr. Zuckerberg called a meeting with his top lieutenants. In the past, he had used the group’s semiannual gatherings to chart new courses for Facebook products, or discuss new technology he was interested in capitalizing on. This time, he told his executives that his focus was on himself. With Facebook constantly under attack from outsiders, Mr. Zuckerberg said, he needed to reinvent himself for “wartime.”

“Up until now, I’ve been a peacetime leader,” Mr. Zuckerberg said, according to three people who were present but not authorized to discuss the meeting publicly. “That’s going to change.” Mr. Zuckerberg said he would be making more decisions on his own, based on his instincts and vision for the company. Wartime leaders were quicker and more decisive, he said, and they didn’t let fear of angering others paralyze them. (Some details of the meeting were previously reported by The Wall Street Journal.)

Mr. Zuckerberg directed Facebook’s so-called “family of apps” — Instagram, Messenger, WhatsApp and Facebook proper — to work more closely together. Instagram had to start sending traffic back to the flagship product; WhatsApp had to better integrate with its sister social media services. Rather than execute Mr. Zuckerberg’s vision, the heads of Instagram, Kevin Systrom and Mike Krieger, left the company in September 2018, after earlier departures by the disillusioned founders of WhatsApp. Together, they forfeited more than a billion dollars in compensation.

Mr. Zuckerberg also began to participate more directly in meetings that had previously been Ms. Sandberg’s domain — from the nitty-gritty of taking down disinformation campaigns, to winding philosophical discussions on how Facebook ought to handle political ads. Employees couldn’t help but notice a shift in the balance of power in one of technology’s most lucrative partnerships.

Giving speeches and schmoozing policymakers were two of Ms. Sandberg’s specialties. Mr. Zuckerberg began to do more of that, too, starting with a lofty public address at Georgetown University’s hallowed Gaston Hall, where more than a century’s worth of dignitaries had orated from the same antique, carved-wood podium.

Mr. Zuckerberg continued the speaking tour with regulator-heavy engagements in Utah, Belgium, Germany and elsewhere. In Europe, where Facebook had an especially frosty relationship with government agencies, he tapped Mr. Clegg, who has grown into a new role as the company’s diplomat-in-chief.

Publicly, Ms. Sandberg has said her role at Facebook is larger than ever; she is directing a $100 million grant program for small businesses hurt by the pandemic. Many of the new hires, including Mr. Clegg, report to her, and she has said she has always wanted Mr. Zuckerberg to be more visible. “I think we don’t spend that much time worrying about our public image,” Ms. Sandberg said in an NBC podcast interview in February. “The issue is not what people think of me or Mark personally. What it is, is how are we doing as a company?”

But privately, Ms. Sandberg has worried that she was being pushed aside and that her role at Facebook has become less important, said two people who work within her department. Through a spokesperson, Ms. Sandberg declined to comment.

Facebook disputes that the relationship has changed. “There’s a clear structure. Mark is driving the product side of things, while Sheryl is running the business side of things,” David Fischer, Facebook’s chief revenue officer, said in an interview. “It doesn’t mean it’s all or nothing — it’s not zero-sum between them.”

Facebook devoted 2019 to a full-out lobbying assault on Washington, committing $16.7 million to influence policymakers. Only two other companies spent more. But even beyond cash, Facebook’s most powerful weapon was access to its C.E.O.

In September 2019, New York’s attorney general announced a multistate investigation into whether Facebook had broken antitrust laws. For Mr. Zuckerberg, it was the clearest indication yet that politics and government required his full attention — a potentially existential threat to his company that could no longer be delegated to others. A week later, he traveled to Washington to court members of both parties.

In a private room at Ris, an upscale restaurant next to the Ritz-Carlton, Mr. Zuckerberg dined with prominent Senate Democrats. The group included Mark Warner of Virginia and Richard Blumenthal of Connecticut — both longtime critics of Facebook’s security and privacy practices — as well as officials newer to tech policy, such as Jeanne Shaheen of New Hampshire, Catherine Cortez Masto of Nevada and Angus King, the independent from Maine.