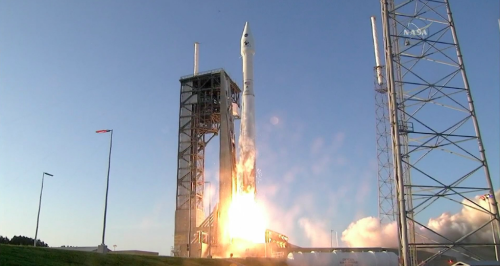 While most of funding in mature startups are invested in customer acquisition via marketing, promotions and margin cuts from an economic perspective there is no winner in this game. As we learned in the Didi / Uber deal last months this price war will be end in a draw with no winner and a ceasefire is declared from the government arm called regulator. If it was for the CEOs this war would have went on and on and fueled by more funding rounds and even higher valuations. But having a look at Uber it is known that the company is pushing more funds in their engineering to build real USPs to fight competition in the future. Uber acquired the IP assets of a mapping company Decarta some years ago.

With those assets Uber will become technology independent from Apple and Google for mapping services which is essential for them. On the other side it leave Didi, Lyft and other similar service stuck with those players or — in the future — will turn them into clients of their own mapping services. In the meantime Uber is focusing on autonomous driving and has to certain extend a head start even with the carmakers in their own field of expertise.

On the other side of the table the traditional corporations are taking the ridesharing business serious as well. Alphabet started its own carpooling services via their matured Waze application based on a large and healthy grown community with low customer acquisition costs. Daimler as the owner of European market leader in taxi apps myTaxi made a big bed on opening the shareholder structure to bringing in outside investors to their own business with the acquisition of Hailo in London in an all share deal. As part of this deal the founder of myTaxi Nic Mewes will become managing director of Daimler Mobility Services unit and chairman of the myTaxi board. This was the beginning of a process which was announced by Daimler CEO Zetsche this week to change the company into digitalization across all units. While carmarkers are busy in transforming into a world of e-mobility and car sharing from their historical roots in other industries are even more adventurous.

Deutsche Telekom enters market for charging infrastructure of e-cars in Germany and announced their activities at IFA in Berlin last week. A carrier using its legacy infrastructure to become a service provider of a different industry and competing with players which claim energy as their core business this shows a trend again. However we should not forget that Telco’s core business connectivity is challenged by Google (Google Fiber, Loom project, GoogleFI), facebook (Facebook satellite, Aquilla) and even Airbus. The world is changing and historic borderlines are blurring in-between industries.

All those initiatives have one focal point in common: Large investments in long term and risky innovation projects. Those so called “Moon Shots” becoming more and more common in the industries. Fortune 500 corporations understood that smaller investments in minority stakes are not sustainable for their innovation strategies. While it makes sense to learn from fast and innovative startups the investments in those companies have less synergies to offer today. Google Ventures investment of $450m in uber four years ago did not give them an advantage for their initiatives at Google and uber was dropping Google services more and more over time. At the end Google ended up to be a financial investor helping Uber’s valuation to rise up to $69bn making it unable to be acquired. While this might be fun for a lot of people inside Uber it doesn’t make sense for a corporate investor. So with no surprise Google’s board member quit the board of Uber and it parts way with its posterchild. Google maps integrated the biggest competitors of Uber into Google Maps long time before it started its own carpooling service.

With all this innovation driven projects inside larger corporations the money for those initiatives will be spend in-house for the coming years. Less funds are available for startups through corporate venture capital or fund in fund investments in independent VC funds. While this is rather early in the global funding cycle the impact of those missing founding sources will have an impact in five years and later. However, the impact is more serious then, when the startups of today will mature in late stage companies in need of growth investment rounds. Therefore we will see some good companies starving for growth funding in five years and they will be picked up in mergers and acquisitions by corporations for a reasonable price related to EBIT and revenue multiples.

There will be a lot of Yahoo / Microsoft offers which will be declined by the startups and a lot of the LinkedIn / Microsoft deals which are still very interesting for all involved parties but rather half of the price the investors were looking for in the beginning. But those financial transactions will not run in the news headlines. The successful moon shots of the traditional dinosaurs will be dominating the tech world over the next ten years.