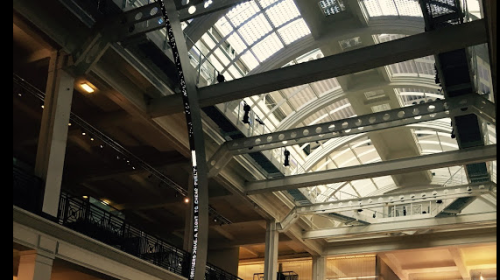 Some months ago I was arguing the end of the unicorn era — meaning startup companies driven to +1bn valuations by a funding strategy to benefit private investors and fund at least 10 years of unprofitable business cases. There is nothing bad in this strategy as we have seen in Amazon which turned very profitable in recent months and even Rocket Internet did this with Zalando this year. However, this strategy is coming to an end when the only exit path for this model — public markets — are drying out and only a few good companies like Twilio are reaching its planed goal. The risk for private investors following this strategy over a long period of time is becoming to risk and the ratio for reward turns into a not preferred asset class for the deep pocket capital owners recently. This makes it harder for unicorns to close additional funding round at higher valuations leading to apre-IPO Dip in their valuations before even trying to go public. What we see next is growth debt investments to bridge the time to a potential IPO with strong terms from those debt providers has been reported in Spotify or even Uber during this year.

Now with the IPO window closing for most of this unicorns and a usual time frame of a debt financing of 12–18 months the pressure to seek exits via trade sale is rising in the group of unicorns. Obviously the dip in valuations need to be done similar to the Pre-IPO Dip let most of the unicorns shy away from those exits for the moment. If a corporation is considering to acquire an asset at +1bn valuation, the board needs to be convinced of a return of investment for this project. Unlike in private market investments, the key metric is not revenue multiples and growth rate but synergy effects and EBIT costs. To put it in simple words: “Money spend on an acquisition paid in cash or stocks need to be earned back in past and future.”

In Venture Capital there is a saying “do not grab a falling knife” — or literally speaking: Don’t in a devaluating asset. That means investors and buyers are very careful to invest in a company which valuation has decreased in the past and even more careful when the valuation has been decreased several times. There are buyers but those buyers will wait for the purchase price is coming down even further. It is the Angst which drives the ECB in Euro Zone to Quantative Easing to raise inflation to 2% in average while currently the inflation is 0%. Transferring this view to private markets, it means valuations of startup companies is an inflation ratio: if it increases over time it will triggers demand from investors — if it increases fast in a given timeframe it drives demand even further. Investors fear to missing out and need to buy at a even higher share price. So a declining valuation puts investors on hold waiting for a better bargain.

The catch 22 in private markets is the missing ECB and Quantative Easing for startups to fight deflation. Until end of 2015 private markets considered pension funds, investment banks, private equity funds and corporations as their FED. Convincing those capital providers, markets are save for investments drove unicorn rounds in Silicon Valley and other regions. Unfortunately, those cash sources are now focused and learned their lesson. They are drying out day by day with each unicorn not being acquired or going public. As those funds are driven by returns the current investment mood cannot be changed by a few, successful IPOs and get even harmed by acquisitions of new unicorns, which are not fed over time by some billions. Investors realize that they bed on the wrong unicorns — not the old ones return profits but the young ones. The young unicorns which are seeking exits while their valuations are still rising as CBInsights shows very good in their recent analysis.

Like a reverse domino effect the funding stops from the back of the valuation chain. The bigger, older unicorns stop receive funding first, investors will shy away from the mid aged ones and continues to harm even younger ones.

As I blogged earlier here this will drive M&A activities in the unicorn space. We will see these activities in both segments of unicorn ages. The older ones are looking to prepare for an IPO (e.g. Spotify) and the younger ones, not able to go public, will push for trade sales (e.g. Soundcloud). Get prepared for more Yahoo / Verizon like deals. Take a big check rather than life a long death of decreasing valuation with no Quantative Easing to rescue your company. With a run rate of 12 months’ companies will start those processes and some will realize it is not enough time. This will trigger other unicorns to start earlier those exit processes or seeking more debt financing to prolong the run rate. Another interesting view on what happens on a timeline can be found at CBInsights blogpost based on their data:

Now, when this outlook is known by all parties in the private and public markets there is no room for hiding anywhere. The process of devaluating, restrain of cash sources, push in M&A activities will accelerate the markets momentum. Nobody wants to be the last man standing in this kind of an environment. But as we know from public markets you can make money in bull and bear markets. Bear markets seem to be more difficult to spot the opportunities. Though markets will find a way to get to profitable exits and most of the companies will exist in the future in a partnership with corporates or being acquired by them. Some models and deal structures may look new to the investors and founders but those are still good deals. Daimler and Mytaxi did a very good move in taking over London based Hailo in an all share deal leaving private investors as shareholder in a corporate dominated company. It has built the opportunity for even further consolidation in the taxi e-hailing market to create a strong European leader — a leader the likes of Didi and Uber cannot ignore in the future.

While stock markets show the global leaders today are pure tech players — it is not a surprise hence we are living in a digital world. Like oil and gas was dominating the industrial era today the owners of big data, the fuel providers of today’s world, are leading the markets.

What is new in today’s markets it’s the ability of those corporations to own the investment and innovation space for the coming decades. Those companies are starting to create their own startup ecosystems in which it will be hard to invest for private investors. Cash loaded digital market leaders have no need for outside money. Those market leaders own their closed private markets and investors will have a hard time to compete or enter those markets. Maybe we will see grey markets for outside investors in this deals or we see certain stock classed traded publicly with higher risk/return rewards when indirectly investing in the projects of facebook, Amazon, Apple and Google.