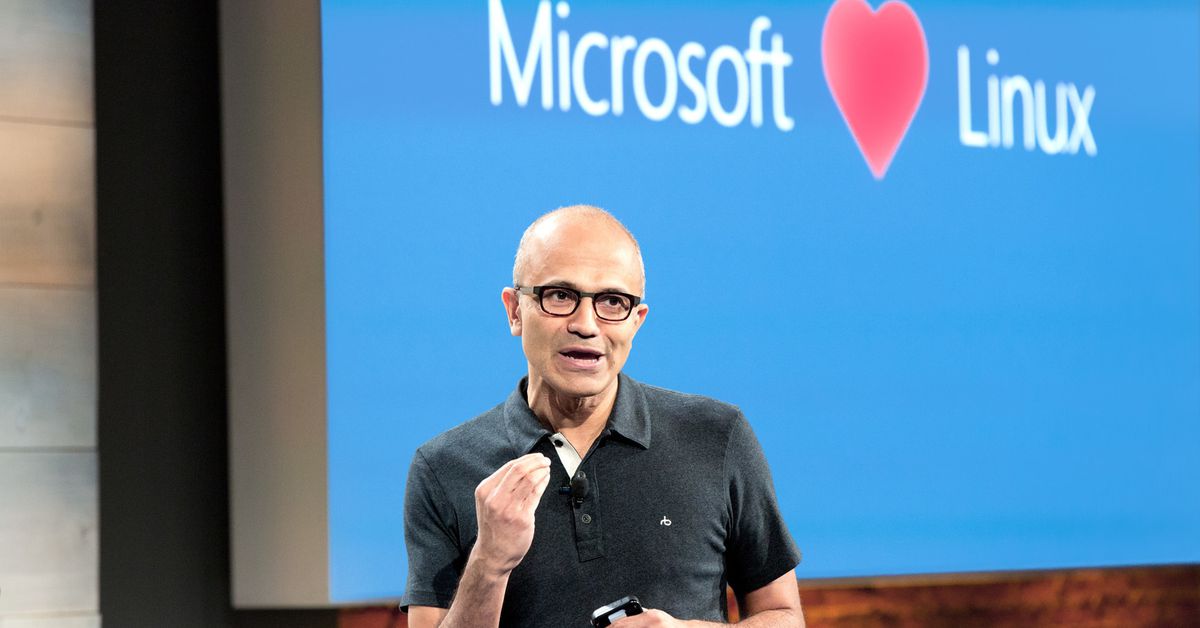 Microsoft has admitted it was wrong about open source, after the company battled it and Linux for years at the height of its desktop domination. Former Microsoft CEO Steve Ballmer famously branded Linux “a cancer that attaches itself in an intellectual property sense to everything it touches” back in 2001.

Microsoft president Brad Smith now believes the company was wrong about open source. “Microsoft was on the wrong side of history when open source exploded at the beginning of the century, and I can say that about me personally,” said Smith in a recent MIT event. Smith has been at Microsoft for more than 25 years and was one of the company’s senior lawyers during its battles with open-source software.

“The good news is that, if life is long enough, you can learn … that you need to change,” added Smith. Microsoft has certainly changed since the days of branding Linux a cancer. The software giant is now the single largest contributor to open-source projects in the world, beating Facebook, Docker, Google, Apache, and many others.

Microsoft has gradually been adopting open source in recent years, including open-sourcing PowerShell, Visual Studio Code, and even Microsoft Edge’s original JavaScript engine. Microsoft has also partnered with Canonical to bring Ubuntu to Windows 10, and it acquired Xamarin to aid mobile app development and GitHub to maintain the popular code repository for developers.

Microsoft is even shipping a full Linux kernel in a Windows 10 update that will release later this month, and it moved to the Chromium browser engine for Edge last year. Microsoft is also collaborating with open-source communities to create PowerToys for Windows 10, and the company’s new open design philosophy may mean we’ll see a lot more open-source efforts in Windows in the years to come.

These Students Have Big Dreams. Their Colleges Had a Plan to...