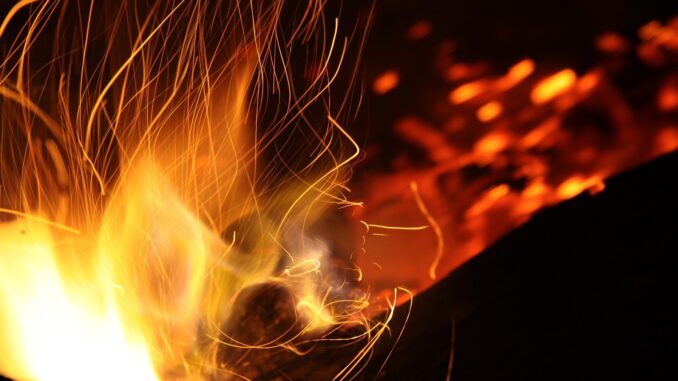 Legal Innovators is more than just a conference, it is an expression of what many believe is a vital force within the legal world that is doing something very special, namely: driving change.

Change is fundamentally different to management. Both are necessary. Both sustain businesses, sectors, and society as a whole. But, those involved in the field of change have different priorities. And, this site would argue, it’s those priorities that have brought us everything we have today.

From the prehistoric savannah to the Classical age, and from the Renaissance to the beginning of the digital era that continues today, there have been those who decided to explore, to experiment, to ‘see what is on the other side of the mountain’. The people who did that are our ancestors and we owe them everything.

The people who went from rubbing two sticks together to make fire, which in turn provided warmth and the ability to extract more nutrition from their food, pioneered a path that humanity has followed to the present day. We would not be here without them – or maybe we would, but our lives would be pitiful and short.

Wondering ‘what will happen if I try doing that?’ is an essential part of being human and that energy, that force, that inspiration is still with us today – and in our particular sector of the world, it’s present in what has come to be called legal innovation.

So, what is legal innovation? For me it’s all about staying true to the patterns of human ingenuity that have guided us for millennia. It’s about experimenting with new ideas and new products, it’s about testing to find out what works and what doesn’t, it’s about iteration and improvement, it’s about purposefully exploring the unknown, and it’s about building things. It is an adventure – but one that provides much that is essential and valuable.

But why try and change the legal world? Isn’t this sector happy as it is? Doesn’t it make lots of money for those involved in it? Isn’t it the role of those interested in technology just to stay quiet and maintain the status quo, to ‘manage’ rather than be leaders or explorers or…innovators?

First, the ‘status quo’ as some may see it, is in fact ‘new’. It’s a delusion, or at least a severe lack of memory, to think that what we have today has always been there. A large commercial law firm in 2022 will be using a raft of technology that was certainly not like that ten years ago. For example, you can forget about most of the software that’s using Natural Language Processing. Few firms ten years ago were using ‘no-code’ software to build products either. In fact, ten years ago the number of people in law firms with the title Innovation Director could have been counted on one hand – if there were even that many!

The idea that what we have today is not in fact the result of many ‘new and shiny things’, which some (perhaps suffering from some form of tech-amnesia?) dismiss as not important, is truly strange.

The technology we have, the roles as people that we take on, the processes that we use and implement, are always changing, always evolving, and hopefully improving. All at some point were not there before, all were at some point ‘shiny’, novel, original, and to us at that moment in time ‘new’. To show disdain for the ‘new’, as if it were some annoying diversion – when ironically enough one’s job may be based upon inventions that didn’t exist a few decades ago – is baffling.

One can understand the frustration of people working on a big tech implementation project when they see that the partners, or the GC, involved in it is now excited about something else. But, well…sorry folks, that’s what happens in a field that’s constantly evolving, growing, changing. We have to keep an eye on the horizon. We have to test what is ‘new’. It’s part of the job.

Of course, what is ‘new’ may not be a wholly unseen before technology, it could just be a better way of assembling what you have already, or a new way of thinking about process, or a more imaginative and status quo-challenging deployment of human talent. After all, when Steve Jobs and Steve Wozniak created the Apple 1, helping to usher in the age of the personal computer and unleash huge changes across the world, they didn’t invent the silicon chip, nor the transistor. They simply put things together that already existed – but changed the world by doing so.

Innovation doesn’t have to always be about something 100% unseen before. Innovation can often be about assembling great products from what is already there – in fact, to truly build something without any pre-existing components or processes would be an extraordinary feat. As they say: we are standing on the shoulders of giants. The best we can do is move things forwards. Sometimes that means making something totally novel, often it is making something better from what is already there – but either way it’s about moving on from the status quo.

But, back to the key question: why improve legal services?

Each may have their own answer to this, but for me it’s simple: civilisation exists because of layer after layer of innovation, from the most basic forms of government and organisation to what we have today. If we want to maintain a rules-based society then we need laws, and hence lawyers. In turn, lawyers are part of the deeply interconnected economic fabric that we all are also part of. One of society’s key parallel paths of development is economic development. That improvement is also driven by innovation, whether tech-led or not.

We cannot have a society where 90% of it is moving forwards, but the legal world is standing still, ‘suspended in aspic’ as they say. That would mean it would – relative to the rest of the world around it – become increasingly inefficient, unproductive and unable to move in step with the demands upon it. That would lead to steeply rising costs (even more than they are already…), increases in risk, and ultimately it would hold back business and the orderly operation of society as a whole.

To which you may say: ‘You really think that? It’s such a big thing?’ Well, yes, I do. For me – and many, many others – legal innovation is serious stuff and I really believe in it.

It is really not just about ‘new things’, it’s about something way more substantive than that. It’s also a field of growing economic importance in its own right. Legal innovation, which I’d argue legal tech is a sub-set of, is growing more rapidly now than ever before, not just in large markets, but all over the world.

Into this field go many things, from lawyers wanting to build better services and products for their clients, to the growth of innovation and legal ops teams, to the ever-expanding ecosystem of legal tech companies, to the investors who bankroll these many experiments in what is possible, to academics training the next generation of lawyers and innovation professionals, and many others.

Legal Innovators then is a forum, a showcase one could say, for all of this, that embraces the spirit of change and improvement. And that is why it matters as well, to me at least.

If you feel the same way, or are just curious to know more, then come along to the Legal Innovators conference in London, 10 and 11 November.

There you will meet some of the leaders of this movement sharing their thoughts and showing what can be done today. There will be great discussions and much to do and see.

I hope you can join us.

And for tickets, please see here.