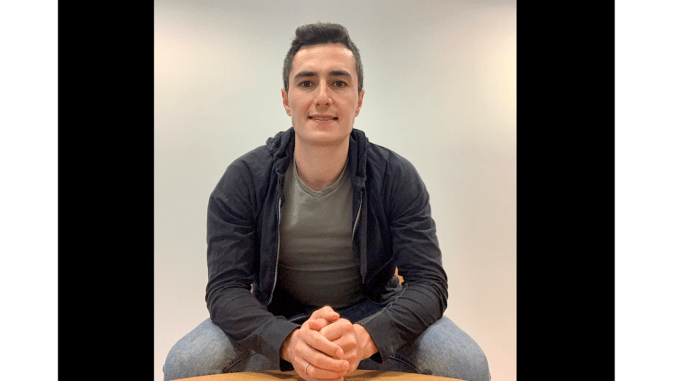 Welcome to a new series of special features on Artificial Lawyer highlighting the people working at law firms and inhouse at the forefront of legal innovation. This week’s profile is with Joe Cohen, Head of Innovation at global law firm Dentons.

– When did you first hear the term ‘legal tech’ and what did you think at the time?

I think I probably first heard the term in 2016 when I joined Linklaters from Deloitte. Initially I joined their new LPM team, which had a lot of additional legal tech responsibilities, but soon was involved in starting their innovation team with a few others.

My thoughts were probably relatively basic, having not worked in law, something high level like ‘ah – these will be the tools lawyers will use to work more efficiently to improve their client service’, similar to other industries that were further along the same journey but without any understanding of the different categories.

– What is your role now?

I’m now Head of Innovation at Dentons UK, Ireland and Middle East where I’ve been for coming up to 4 years. We have a team of 7, including 2 Robotic Process Automation (RPA) developers. Generally we are responsible for legal tech pilots and implementations, new RPA bots, our trainee innovation training scheme, our knowledge system and some client facing products.

Personally I try to speak to as many Partners as possible to figure out how we can help them, which always keeps it interesting!

– Why did you move into this field, (if this is not the only field you’ve worked in)?

The truth is that most of my consulting experience at Deloitte was in financial services, but when I was deciding where to move to it was obvious that Legal had a lot more mileage in innovation than banks, and if I wanted to get involved nearer the start it was the obvious choice.

I also had the advantage of seeing back then just how manual my now-wife’s job (who is an employment lawyer elsewhere) was, and to be honest still is, and constantly thinking that there must be a better way.

– What is the most rewarding aspect of your job?

I love it when a legal tech rollout goes well and you get feedback from lawyers saying how much easier it has made their lives, and/or how much clients appreciated it. Many lawyers have got used to leaning on their own teams and their own built-up knowledge, and when a piece of tech comes along that can truly help them or their clients it’s almost like a combination of surprise and relief.

I suppose the other element that comes to mind is during my partner 1:1s, of which I get through quite a few. We used to do these by just presenting the different options in our legal tech toolkit, but it was a bit much in the end, so now we ask the partners to talk about their top 3 most frequent matter types. The idea is to go into the detail of the process, even if they haven’t thought about it or documented them in that way before, and inevitably what happens is you’ll uncover a potential use case for document automation, a new RPA bot, use of an existing tool, or something you’ve not seen before to go away and research.

Typically at the start of these 1:1s you get a little bit of scepticism that it will lead anywhere, but pretty much every time there is at least one moment towards the end where we’ve just got to the crux of the issue and uncovered some scope for innovation that they will kind of smile knowingly that something useful and meaningful to their work has just happened. That’s when you know you’ve done your job!

– If you looked into a crystal ball, how much do you think the everyday practice of law will change in the next five to ten years?

To be honest it’s gradual. I tend to think of innovation in law as a factor of the average innovation mindset of each lawyer, with some people being naturally inclined to innovation and others being more resistant. You’ll never convert everyone but if you can shift that average a little higher each year then you’re making progress.

One thing I’ve found that works well is to make certain things highly encouraged to the point of almost being mandatory. Our innovation training scheme [hyperlink to AL article?] makes all trainees complete an innovation project from a set number of themes in each seat – probably 95% of these projects wouldn’t happen if it weren’t for the structure that the scheme provides, and after 2 years I can say that it has produced dozens of amazing projects and use cases.

Similarly, in some departments the use of certain legal tech tools is mandatory on all applicable matters. Clearly this is a decision from the practice group head partner, but in the cases where they have taken the decision we’ve not only seen massively increased uptake (obviously…) but higher levels of satisfaction from lawyers and from their clients.

– If you had one gripe about legal tech companies what would it be?

Bit of a tough one! I’m quite sympathetic to legal tech firms, almost always they’re designed with a legal problem in mind and generally have reasonable pricing models. Perfect is often the enemy of the good, though, and lawyers exclusively strive for perfection – once or twice we have seen there be a bit of disconnect between expectations and the reality of some of the tools.

– If you had one thing you’d really like to applaud legal tech companies for, what would it be?

We see that most founders of startups are lawyers who have quit their well-paying jobs to solve a specific problem that they themselves have faced while in practice, taking a large risk in a difficult market for the ultimate benefit of the legal world and clients in general. It must have taken a lot of bravery and well done to you all on your leaps of faith!

– And finally, what advice would you give to anyone wanting to get into this field?

The main thing I want to know when interviewing is how curious you are and if you can grasp the initiative. Innovation in legal can be very rewarding but you need to be able to make things happen from nothing and probe in the right areas. I’d actually say that this is more important than any legal expertise or experience, neither of which I had before I moved into legal 6 years ago.

P.S. And if you are also working in legal innovation at a law firm or inhouse and would like to take part in Legal Innovator Profiles on Artificial Lawyer, then drop me a line.

Come along to the Legal Innovators conference in London, November 10 and 11 – for two days focused on learning, sharing and networking across the field of legal innovation within law firms, ALSPs, and inhouse, with dozens of great speakers.

More information and tickets can be found here.