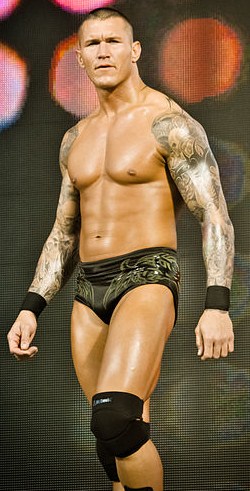 Last week, an Illinois jury awarded tattoo artist Catherine Alexander $3,750 in damages at the conclusion of a copyright infringement trial. Alexander claimed that Take-Two Interactive infringed the tattoo designs she inked on her client, professional wrestler Randy Orton, when the company produced and distributed a video game featuring a realistic in-game depiction of Orton.

This case is one of a spate of recent infringement claims brought against video-game makers over realistic depictions of tattooed athletes. As Eric has covered here before, the court in Solid Oak Sketches v. 2K Games rejected similar infringement claims on the basis of de minimis use, implied license, and fair use. Another nearly indistinguishable case, brought by Cleveland tattooer James Hayden, is headed to a jury soon.

Aaron Moss has a thoughtful breakdown of the court’s seeming mishandling of the Alexander case at Copyright Lately. To briefly summarize, the court left the fair use question entirely to the jury, despite its own pre-trial order and the Supreme Court’s recent decision in Google v. Oracle, which stressed the trial judge’s role in the ultimate fair use determination. Equally importantly, the court failed to provide the jury with instructions on two other defenses—waiver and implied license.

The implied license argument is particularly important here. As my prior work on the tattoo industry highlights, there is a universal understanding among tattooers that clients have the right to display their tattoos in public, take and post photos that feature their tattoos, and appear in media like film or television without any fear of copyright infringement. Respect for, and celebration of, bodily autonomy is at the very core of tattooing as a social and creative practice. Tattooers see themselves as providing a service that helps their clients customize their physical appearance–with the clear expectation that those changes will be viewed by the world as the client sees fit.

The jury may have found that video game depictions are different in some material way, or that the relationship between Alexander and Orton fell outside the typical tattooer/client dynamic. I’m skeptical, but the court denied the jury the chance to consider the question.

Among the tens of thousands of tattooers working in the United States, the tiny handful who have brought copyright infringement claims are rare outliers. As appealing as an opportunity to cash in on their clients’ fame by extracting payments video game makers, clothing brands, or other firms may be, the overwhelming majority of tattooers recognize that clients should control their own bodies and likenesses.

Efforts to assert control over tattoos embodied in a client’s skin are not only counter to longstanding industry norms, they are fundamentally short-sighted. Clients reasonably expect the right to display their tattoos without the risk of copyright liability. To the extent these lawsuits cause clients to fear that the actual or potential commercial value of their likeness will be subject to copyright claims, the value proposition of a tattoo is reduced.

Clients—especially athletes, performers, and those with similarly high profiles–will price that risk into their choice of tattooers. They should probably avoid artists like Alexander and Hayden altogether, and some may insist on explicit copyright assignments or licenses. While that could prove a solution for prominent clients, it runs the risk of undermining the strong implied license defense that exists under current industry practice, with potential negative spillover effects for the average client.

There’s another important reason these lawsuits pose a threat to tattooing more generally. The tattoo industry has largely avoided copyright scrutiny. While the occasional commercial use of a tattoo in a video game remains rare, tattooers use copyrighted material in their work on a regular basis. Reproductions and derivative works based on comic book characters, literary works, sports team logos, movies, and video games are commonplace, as a quick perusal of the Instagram account of Jimmy Hayden, the tattooer who sued over the inclusion of  tattoos he created for LeBron James in an NBA 2K game, demonstrates.

Copyright holders have long ignored these potential infringements for a range of economic and public relations reasons. But the recent lawsuit against Kat Von D, alleging that she copied a portrait of Miles Davis by photographer Jeff Sedlik, suggests these once-tolerated uses may be under threat. That threat is likely to grow with every new infringement claim brought by a tattooer against a large media company.

Normalizing strict copyright enforcement creates asymmetrical risks for the tattoo industry. In part that’s because arguable acts of infringement occur in most tattoo shops on a daily basis. It’s also far more likely that major publishers and studios have timely registered their works, entitling them to statutory damages. As the meager damages the jury awarded Alexander demonstrate, the same is not true for tattooers. In short, opportunistic lawsuits brought by a handful of tattooers run the risk of devastating the industry as a whole.

An appeal in Alexander v. Take-Two is likely. Here’s hoping some of the damage can be undone.

Oura launches offering to give employers insights into the health of...