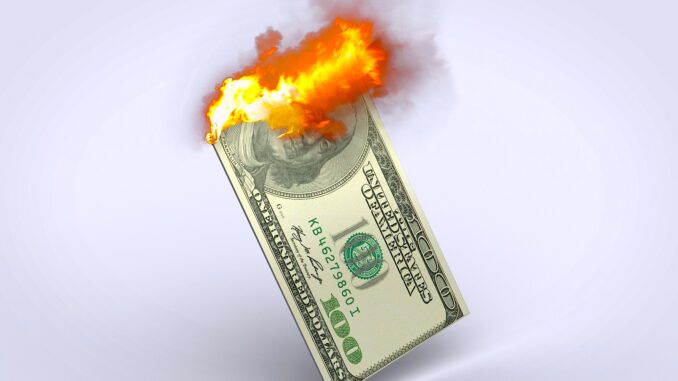 Is the legal tech sector facing a VC funding crunch and if so, what will it mean? The short answer is: yes, it probably is. As to how significant it will be and what impact it will have, read on.

Why Is It Happening?

Legal tech funding has had an incredible run (see image below). From Jan 2016 to June 2022 there have been over 1,800 funding rounds in legal tech, totalling over $13 billion in capital raised.

However, the data from the Legal Complex – Spark database shows that we have experienced two key things recently: a surge in the median value of rounds, followed in Q2 of 2022 by a sudden decline in the number of companies getting funding – from 90 to just 36.

Just 36 rounds is way lower than the historical average, at least since 2018. As seen below, the number of rounds has steadily increased each quarter since 2016, with the values really shooting up from around 2021, with an incredible quarter at the start of this year.

That drop to just 36 funding rounds in Q2 of this year also coincides with several things in the economy.

First, many US economists now expect to see a recession in America. Data from the OECD (and put into a chart by this site) shows the picture.

The UK and EU are also not in great shape. High inflation caused by supply chain issues and the Ukraine war are dragging things down. Some parts of the economy have still not fully recovered from Covid either. Tech stocks have also been dropping for an extended period and they don’t seem likely to recover given the wider drop in stock markets globally.

This is having a snowball effect. As the wider economy feels the pinch, investors worry that the risks they are taking are getting too high and so they want to trim what they are investing in. In short, exuberant optimism is reversing direction.

We have also seen several legal tech IPOs flounder recently, e.g. LegalZoom has dropped around 67% in value since it went public. Disco and Intapp have also not fared well under the scrutiny of stock market analysts.

Overall, there is a growing climate of doubt over whether massive legal tech valuations make sense, and that in turn impacts sentiment across the legal tech investment world – as investors are always thinking ahead to the day they will get their money out of a company, when it’s sold or goes public.

And here is the view of Noah Waisberg, CEO of Zuva, and co-founder and former CEO of Kira Systems, which really puts things in context: ‘As a category, legal tech is much farther along than it was a few years ago. I expect VCs to still be interested in the category. That said, if funding is down overall, it’s hard to think that won’t impact legal tech. Specifically, valuation multiples seem likely to track market. If the current fundraising climate holds, that means multiples will come down.

‘When Kira took outside investment in 2018 (having ~3x’d revenue in 2017, with >130% revenue retention – basically, really strong numbers), we raised at a 10x revenue multiple. In recent years, some deals were getting done at 40–80x revenue multiples. Today, many leading public SaaS companies are being valued at well below a 10x multiple.’

The numbers in the second paragraph of Waisberg’s comment are stark and this site has been amazed at some of the so-called ‘Unicorn’ valuations for legal tech companies despite only moderately healthy revenue growth.

We cannot really escape valuations – as they are essential to considering how much to invest in return for how much equity you get – but they also tend to lead to exaggerated values and then…..inevitably……major upsets when the wider economy slows.

Legal tech as a subject has arguably existed since the mid-1950s, but it really came alive in the mid-2010s, with an explosion in small companies starting up and also with a wider demand across the legal market for such products. Moreover, as we moved into the 2020s, many of these companies started to see massive rounds – at least relative to the amounts of the past.

Then we had a spate of IPOs and private equity buy-outs, as well as consolidation moves led by companies such as Litera. The market was ‘on fire’, one might say.

Of course, such movements tend to run into economic fundamentals eventually, and that seems to be where we are now. But what impact will it have?

Here’s Jim Wagner, a serial entrepreneur and legal tech leader, and currently CEO of Lean Law Labs: ‘The VC crunch is here, it’s real and it’s going to have an impact on any business (legal or otherwise) that is reliant upon outside funding to continue their operations or growth.

‘With that said, a number of the larger legal tech players recently have taken in substantial capital that should allow them to operate, albeit more conservatively, without an additional raise for at least 6 to 8 quarters. That doesn’t mean there won’t be pain.

‘We’re already seeing offers rescinded in other industries and it’s going to happen to ours. Perhaps worse, some of these massive valuations that we’ve seen could lead to ‘down rounds’ when the next financing occurs. When that happens, it’s going to be unpleasant for everyone involved.’

I.e. the sense of inevitable increases in funding round sizes may falter. When companies are pumped with VC cash and then use up their ‘runway’ they then look to get even more cash, if that doesn’t happen then they will have to find a way to operate with less ‘rocket fuel’ in a business that has been set on a trajectory of consuming more and more capital. In short, it’s an equation that doesn’t have a nice outcome.

But, that’s going to be most acute for some of the larger companies. For the smaller ones the sums involved are far lower, perhaps just $1m, for example. And it does seem a bit strange for a fund to cut back on helping a startup they’ve already invested in when a recession may only last a few quarters.

Small startups are not even expected to be really bagging significant revenue for several years and investors won’t be cashing out for 5 to 7 years or more. If a recession is just six months, or maybe a year, why kill the company you have already put money into? It makes way more sense to just keep going. Be sensible and careful, for sure, but keep going as the funding and growth timetable is way longer than any recession.

In this context some investors remain positive. Here’s Zach Abramowitz, who has invested in several companies in this sector: ‘Legal tech is moving at the same pace as tech generally. VCs are being more cautious about all investments because of market uncertainty, and legal tech is no different.

‘For what it’s worth, Killer Whale Strategies isn’t slowing down our investments. We’re already in the process of putting together our next syndicate.’

So, he’s not slowing down.

And here is Raymond Blijd from Legal Complex: ‘If we look at the funding patterns over time, you notice that since 2018, amounts and rounds were steadily on the rise. In 2020, the pandemic suppressed deal activity. This may have caused the unnatural level of deals and dollars after 2020. These were all the delayed 2020 rounds, plus the 2021 rounds all in one year (2021).

‘On average, round sizes are still way above pre-pandemic levels. However, the number of deals is rapidly declining. In short: the trend is bigger cheques to fewer companies.’

So, in his view the take is that larger rounds will continue, but there will be less companies getting the cash.

Overall, there is a general consensus that the legal tech market is – in tune with the wider market – now facing some form of funding pressure.

How bad it will be remains to be seen, but depending on who you talk to it ranges from a bit of a trim to a full-scale reassessment of the market value of many legal tech companies.

The other big question is whether funds will let some startups die off in the name of risk reduction, while perhaps keeping faith with the far larger companies?

Is this the beginning of the long-expected clearing out of underperforming legal tech startups that have meagre revenues and whose growth projections are now seen as unrealistic?

Also, will this drive consolidation or in fact end it? I.e. companies without funding will run for cover and seek to be bought. But, likewise those larger, sometimes private equity-backed conglomerates may be worried about their own financial status and so refuse to buy up what’s on offer. That would indeed lead to several smaller companies failing if they could not get new funding.

Last word – ironically, and despite all the talk of recession – the overall trajectory of legal tech adoption looks very healthy. Lawyers at firms and inhouse have never been so aware of the benefits of technology. Over the long-term many companies will look back on this crunch as a blip and perhaps a moral lesson in not allowing themselves to be over-valued. However, some of the weaker companies may not live through this to be able to look back.

Whatever comes next it is unlikely to blow legal tech off its long-term upwards trajectory. The argument for legal tech growth is just too compelling and real to be stopped – though it may get bumpy. The next few months will see several companies and funds tread a lot more carefully when it comes to investments and valuations. But, legal tech will come out of this healthier and will keep on going.

The Most Important Concept of 2022’s Startup Downturn is Not Just...