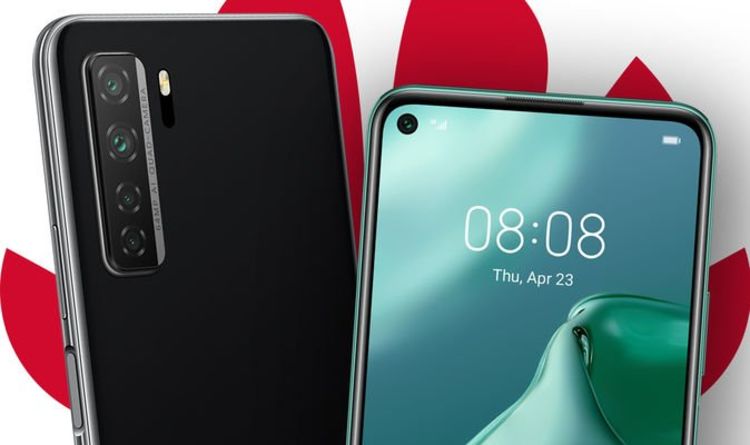 If that sounds like too much for the bank balance to cope with then don’t fret as the Chinese smartphone firm is about to release a much cheaper model into the P40 family.

The new P40 Lite will arrive in stores next month and packs quite a punch for a price of under £400.

For your money, you’ll be treated to a 6.5-inch screen and fast Kirin 820 processor which should offer enough power for the average consumer.

On the rear of the device, you’ll discover a quad-rear camera which offers ultra-wide, macro and portrait-style photos.

READ MORE: Huawei P40 Pro review: So much to adore, but one thing you’ll truly hate

Along with that impressive snapper, another vital feature on the P40 Lite is the addition of 5G data speeds meaning you’ll be able to beam downloads to this device at over 300Mbps – around six times faster than the average UK broadband connection.

Other features include an all-day battery which includes Huawei’s 40W SuperCharge feature for rapid refilling and a fingerprint scanner which is tucked inside the power button on the side of the phone.

One thing that is worth remembering is that this is a new Huawei phone which means it doesn’t get access to any of Google’s apps or services.

That means no Google Maps, Google Photos, Gmail or the all-important Google Play Store and its millions of app.

Huawei has launched its own App Gallery but, despite working hard to improve it, there’s a long way to go until it’s as comprehensive as Google’s offering.

If that news hasn’t put you off then the P40 Lite is available in Space Silver, Crush Green, and Midnight Black.

Huawei says these will be available with 128GB storage and can be pre-order from June 3 for £379.99.