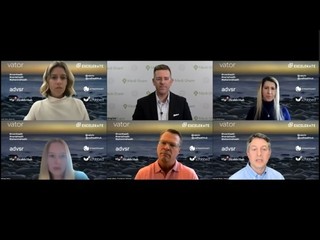 So the original post below I wrote a full 10 (!) years ago in the first few months of SaaStr.com, in November 2012.  Back then, folks all over Twitter were making fun of Sequoia for investing $20m+ in an iOS app that never launched and failed.

We see the same today with FTX.  A crazy loss.  But a tiny one, compared to the huge wins in the exact same VC fund.

Sequoia only lost 2% of a 3x+ fund on FTX, a rounding error

There’s an FTX or two in every VC portfolio

Some may even be more than just 1%-3% of the committed capital pic.twitter.com/hqca4dfVxY

I had a draft post I’d written weeks ago entitled something like “Color:  Just an Enormously Large Seed Round Gone Horribly Wrong”, or something like that.  Which I guess it was — $41,000,000 to build an iOS app with no revenue that no one ever used.

But it wasn’t that interesting, that post/story, so I let it rest.  It didn’t all come together for me until the other day.

Well, only one thing near as I can tell.  They were both funded by Doug Leone (who I don’t know and have never met) at Sequoia Capital.

It looks like Sequoia was the first investor in Meraki, pre-product, pre-anything, just the team. I think it’s fair to assume they owned 20%, possibly more.  So ignoring basis, Leone and Sequoia cleared $240,000,000 on Meraki.

On to Color.  OK, this one didn’t pan out as well.  But let’s do some back-of-the-envelope math.  Yes, they raised $41m pre-launch.  But I doubt they spent it all.  Let’s assume they spent half, and returned the other half to the investors.  And let’s assume Leone and Sequoia put in 70% of the capital.  So 70% x $20m = a $14m loss for Leone and Sequoia on Color.

Something to keep in mind based on who you take money from.  Make it match your ambitions, your upside goals, and your downside tolerance.

Why VCs Explaining “It Was Only 4% Of Our Fund” Is Misleading Minimization When a High Flying Startup Implodes.