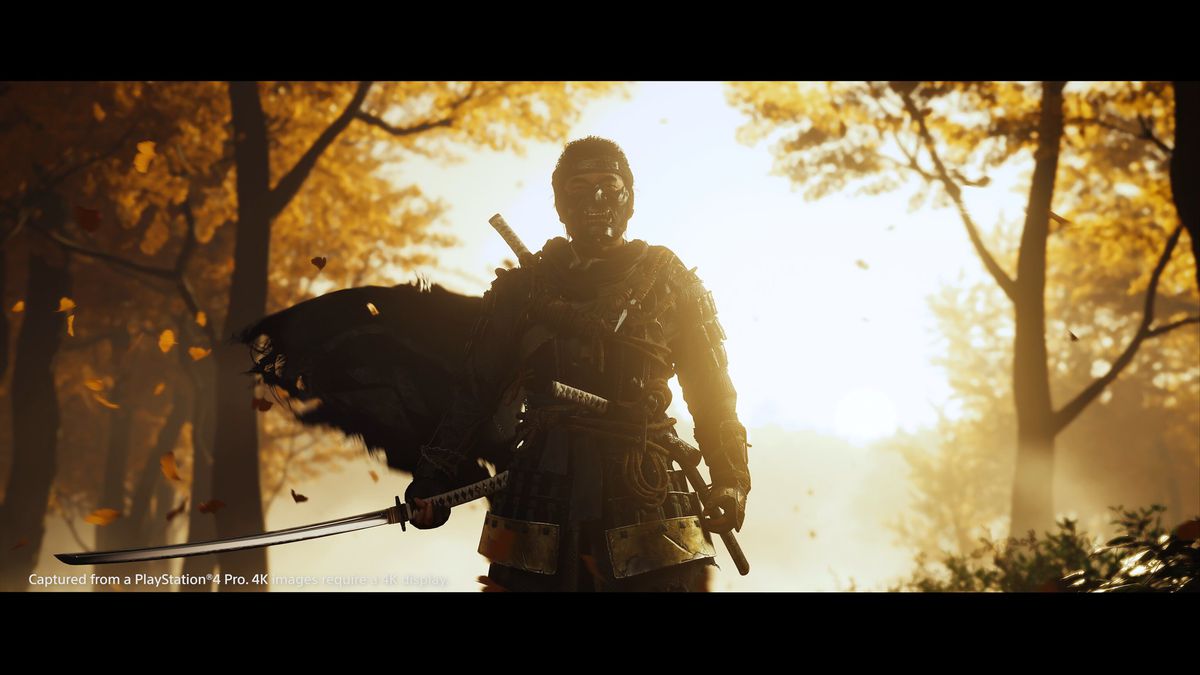 When Nate Fox was working on Sly Cooper, a series of stealth games about a master thief who also happens to be a raccoon, he looked around for inspiration on how to make anthropomorphized animals feel more real. This led him to the comic Usagi Yojimbo by Stan Sakai, which followed a wandering samurai who also happened to be a rabbit. “I loved it,” Fox, now a creative director at Sucker Punch Productions, tells The Verge. “It really struck me as this beautiful, very reserved adventure series that would translate very well into a video game.”

It also rekindled Fox’s interest in classic samurai movies from the likes of Akira Kurosawa. So when the studio began brainstorming new ideas after launching the superhero game Infamous Second Son, he knew exactly the direction they should go. “For me, he is the inspiration touchpoint for this adventure,” Fox says of Sakai.

Sucker Punch’s next game is Ghost of Tsushima, which is slated to launch on the PS4 on July 17th, as the best-selling console’s last big release. Last week, the studio released an 18-minute-long gameplay trailer that provided the best look yet at the open-world samurai game. Like the classic films that inspired it, Ghost stars a wandering samurai named Jin Sakai (the name is an homage to Usagi Yojimbo’s author) helping to fight a Mongol invasion on the island of Tsushima. While the original inspiration may have starred rabbits, the team went in a more realistic direction for their own adventure.

“We wanted the game to be grounded,” Fox explains. “To have you experience what it would be like to be a wandering samurai in 13th century Feudal Japan. We wanted to ground it because it feels more tangible. Things are beautiful and magical in the everyday world, and they don’t get enough attention. You can see it when you look at our trailer; something like a field of grass that’s moving in the wind has a quality to it that’s exceptional. And if you put into that field of moving grass a still samurai, with just his sword held above his head, not moving at all, you get the full picture. You get the power of the samurai, inside of a dynamic world.”

Being grounded doesn’t necessarily mean the game is completely historically accurate, of course. While it evokes a specific time and place, Ghost of Tsushima is still a work of fiction. Fox says that Sucker Punch, which is based in Bellevue, Washington, utilized outside experts to consult on things like dialogue, swordplay, and the mannerisms of characters. “We’re not knowledgeable enough to do a great job,” says Fox. “To do that right we knew we had to ask for help.” The studio also teamed up with fellow Sony developer Japan Studio. The developers went on a research trip to the real Tsushima Island together, and members of the Japan team even made some field recordings to enhance the game’s sound design.

That said, realism and game design did come into conflict at times. “There’s a tension between wanting to make the game world feel authentic and also fun,” Fox explains. “Our game is inspired by history, but we’re not strictly historically accurate. We haven’t recreated Tsushima stone by stone.” As an example, Fox cites the swords used in the game. While a tachi was the most common weapon at the time, Jin wields a katana because it creates a more iconic image.

Those kinds of details are largely inspired by the samurai films that had such a big impact on Ghost of Tsushima’s developers. The game even has a black-and-white mode, so you can play through the entire experience as if it were a classic movie. Movies and games are obviously very different, but Fox believes the samurai genre shares a lot in common with interactive experiences.

He remembers a specific scene in Kurosawa’s Yojimbo, in which a lone samurai, unsure of where to go next, tosses a stick in the air and follows the path upon which it lands. This leads him to a town in need of help. “It’s this perfect encapsulation of a video game adventure,” Fox says. “The main character has this agency, they have this skill, and they react to the problem in real time. That was very much a jumping off point to see how we could create stories inside of an open world with this genre.” He adds that “the thing that is the soulful middle of our game is that desire to do right by these classic samurai movies.”

Those films also influenced the way Sucker Punch approached violence in Ghost of Tsushima. If you watch the lengthy gameplay trailer, it can get quite gruesome; when Jin attacks, his sword slashes are punctuated by giant spurts of blood. Fox says that this was by design. Much of the game is quiet and solemn, with a focus on nature. It’s meant to create a sense of contrast to the more violent combat. “They co-exist,” Fox explains. “And I think that the genre is made powerful by one off-setting the other. It’s not like it’s always blood. In fact, the fighting in our game is pretty fast.”

One of the big promises from the lengthy trailer is the choice the game offers players. While Jin is a well-trained samurai, over the course of the game he learns new skills, including techniques that turn him into the titular ghost. From a practical perspective, this means you’ll often be able to approach situations in different ways: you can play stealthily or go in with your sword swinging.

According to Fox, the choice isn’t necessarily a binary one, but rather one you can adjust to better suit your play style. “As you go through the game, you’re always a samurai,” he explains. “You have those skills. That never changes. However, as you go deeper into the game, Jin begins to transform into the ghost. He picks up new abilities. As a player, you get to craft and decide how those abilities grow.”

Outside of combat, Ghost of Tsushima is a game about exploration. It’s an open-world experience. Based on last week’s trailer, it’s one that doesn’t have all of the explicit signposting inherent to the genre, so your screen won’t be overrun with arrows pointing out where to go next. It’s a design ethos focused on immersion.

“Instead of having a lot of UI on the edge of the screen that makes you know you’re playing a game, the wind points you where you’ve chosen to go, and your attention is still firmly inside the island of Tsushima,” says Fox. “You can then be distracted by something like a bird that grabs your attention and will take you somewhere. We want to give you that transportive experience of being in this world.” He adds that these subtle clues mean you won’t get lost while playing — but they also mean two players are probably more likely to take different routes to the same objective.

“I’m hoping you’ll choose to defy what the game designers are asking you to do,” says Fox, “and just make up your own path.”