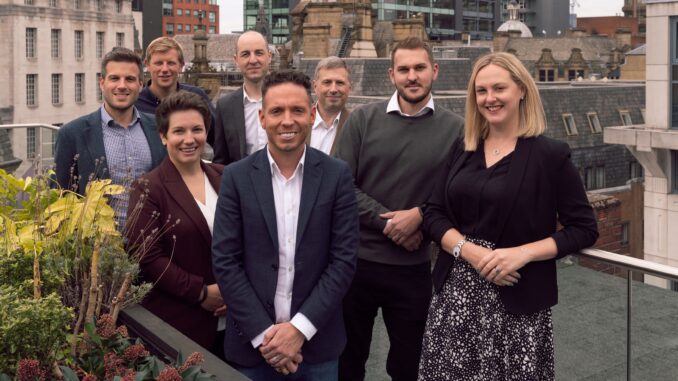 CLM company Summize has secured £5m ($5.65m) in Series A funding as the Manchester, UK-based company seeks to expand internationally, especially into the US. The move shows that there is still money being invested in legal tech startups – despite a very tough funding environment – and that’s very good to see!

The round was led by YFM Equity Partners (YFM) and Maven Capital Partners (Maven). CLM company Summize, which was founded in 2018 by former General Counsel Tom Dunlop, is designed to ‘integrate into the daily life of any business via established platforms including, Teams, Slack and Word, improving collaboration between in-house legal and business users,’ they said.

‘It reduces the average time spent reviewing contracts by 85 per cent, allowing in-house lawyers to focus on mission critical business and strategic priorities,’ they claimed.

Summize has more than 100 business customers worldwide, they added, including blue-chip companies such as Fujifilm, Everton Football Club, Moonpig and Vodafone.

CEO Dunlop said: ‘The demand we’re seeing for our technology to solve a genuine problem, experienced by all businesses that deal with contracts, has been extraordinary. It’s clear that most businesses have a challenge when it comes to scaling contract processes and making the entire process much easier and faster. Bolstered by YFM’s support, we are in prime position to develop our game-changing approach to digital contracting even further.

‘Digitalising the end-to-end contract lifecycle and integrating directly within the interface of Teams and Slack brings the in-house legal department up-to-speed with its more digitally advanced counterparts in finance, HR or sales. It makes contract processes accessible to everyone, and helps everyone understand each other better.’

Meanwhile, James Darlington, Investment Director at Maven, said: ‘Maven is delighted to be backing Summize. It is an attractive opportunity for the Maven VCTs to invest in a rapidly growing business which has made strong commercial progress in terms of sales growth and new customer wins. We have been impressed with the ambition, skill and knowledge of the management team and we are confident they will continue to drive the business forward and deliver on their growth ambitions.’

Is this a big deal? Normally, hearing that a startup CLM company has bagged £5m would simply be a matter of congratulations. But, given the decline in funding for legal tech in the last six months (see AL article) then this is especially noteworthy. It shows continued faith in the sector, especially CLM – which is already a heavily populated segment with plenty of competition.

It’s also interesting that the goal is to use part of the cash to expand into the US – a move that makes sense given that America is the largest market in the world for CLM tools. Overall, this is good news and perhaps may encourage other investors to go ahead and start funding legal tech startups again.

Congrats to Tom and team!

(Pic: not quite sure who is who is in this picture, but Tom is the chap with the beard, second from right.)