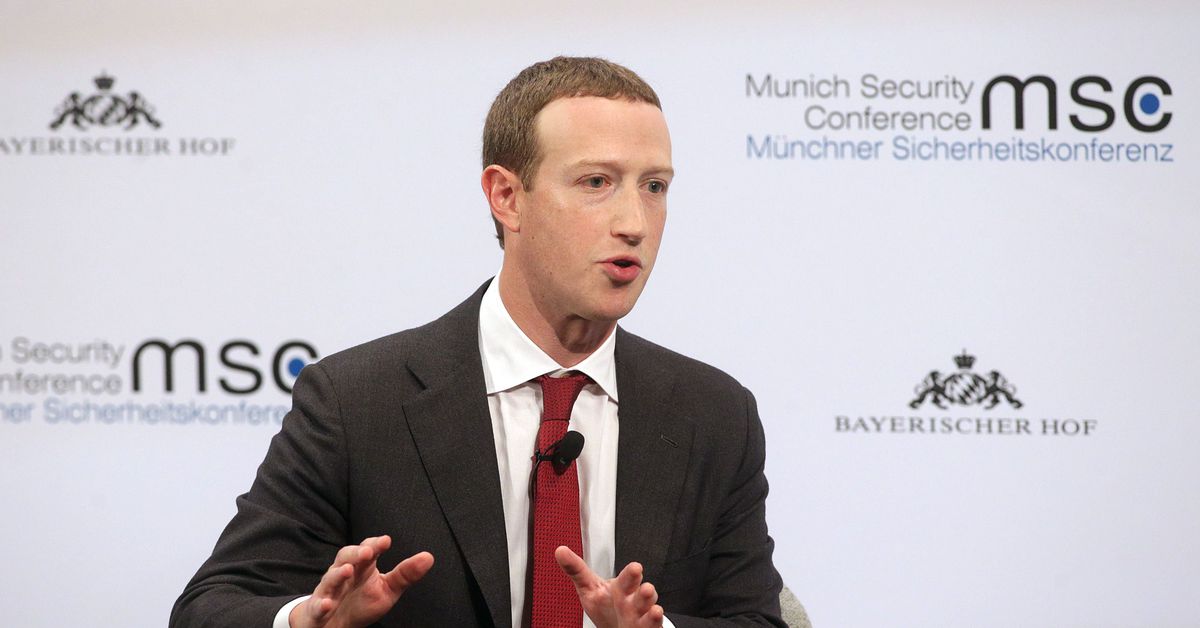 As thousands of businesses across the United States are trying to figure out their office reopening plans, Facebook announced a drastic shift: A wide swath of its workforce can work from home forever.

Facebook CEO Mark Zuckerberg said in a livestream on his personal page on Thursday that he guesses as much as 50 percent of the company’s 45,000-person workforce could be working entirely remotely in the next five to 10 years. While Zuckerberg cautioned that the number is not necessarily a target, it’s a tangible estimate by the leader of one of the most important companies in the world about the future of work, impacting not only his company but the norms for post-pandemic office workers as a whole. The move comes shortly after Facebook’s rival Twitter announced it will allow its entire workforce to permanently work remotely, along with other tech companies like Shopify and Coinbase.

“The reality is that I don’t think it’s going to be that we wake up one day on January first and nobody has any more concerns about this,” said Zuckerberg on the livestream about the lasting impact of Covid-19 on office employees. Zuckerberg went on to lay out immediate and gradual shifts the company will be making to how it manages and hires new workers.

In the short-term, as Facebook starts reopening its offices (right now, he said 95 percent of employees are working from home and will do so until at least January 1, 2021), the company will operate at 25 percent capacity in its buildings. Starting now, some Facebook employees can start requesting to permanently work from home. The first group of employees who will be able to do so is senior-level ones with a history of strong performance reviews. According to an internal survey the company ran, between 40 and 60 percent of employees are interested in doing so. And half the company reported being at least as productive as they were before, even when working from home.

The company is also going to “aggressively” start hiring remote employees since they won’t be as tied to physical office space — particularly for senior-level personnel who don’t need as much in-person training or career development. Instead of focusing on hiring only in tech’s de facto capital of Silicon Valley, the company will put more effort into other metro regions like Atlanta, Dallas, and Denver. And it’s rethinking how to provide new benefits to its remote employees since some of the old perks, like free gourmet cafeteria food onsite, don’t make as much sense. Instead, remote employees may need better laptops and monitors, stronger internet connections, and equipment for audio and visual livestreaming.

“I think we’re going to be the most forward-leaning company on remote work on our scale,” said Zuckerberg.

The tech giant CEO laid out an optimistic vision of an increasingly remote work future, saying that the company will increase its workforce’s diversity by recruiting outside the usual tech hubs of San Francisco and other major cities.

“Enabling remote work is going to be very positive on that front toward creating more broad-based economic prosperity,” said Zuckerberg.

It’s unclear though, how a significant portion of Facebook’s workforce — including its third-party contractors such as content moderators, security guards, and cafeteria workers — will be impacted by this remote-work future, since many of their jobs are more physically tied to the office.

And for Facebook’s direct employees, there are some challenges as well. Zuckerberg acknowledged that the company is aware of the concern that remote work could put a disproportionate share of domestic work on women. He said that roughly the same percentage of women and men reported in an internal survey that they prefer to work from home. And he said that many employees still crave face-to-face time with their colleagues, with more than half of surveyed employees saying they want to return to working in an office full-time as soon as possible.

Facebook said many of its employees will follow a “hybrid” model of remote and in-person office work — coming in for onsite trainings, critical meetings, and culture-building onsite events.

And while many Facebook employees are motivated to move out of expensive areas like San Francisco if they’re no longer forced to work in a physical office nearby, they may end up taking a pay cut if they do so, since salaries are adjusted for local cost of living.

Zuckerberg said that cost savings aren’t what’s motivating the changes, however. He said the company may end up hiring more people to manage remote work, which could offset any savings in the costs to have more people working in fancy buildings.

“It’s really unknown what the economics of this are going to look like, or how much this is going to cost,” Zuckerberg said. “It’s possible that if this is done efficiently, it may be possible to save some capital, but I don’t think that it’s the primary reason why this should be done.”

Ultimately, no one, including Mark Zuckerberg, knows exactly what the future of the office will look like post-pandemic. But today’s announcement is another sign that our shift to working from home won’t be a temporary one for a sizable chunk of the American workforce. The tech sector is taking a lead on these changes, and it will be interesting to see how already-influential Silicon Valley helps shape the standard for a post-pandemic office future.

Every day at Vox, we aim to answer your most important questions and provide you, and our audience around the world, with information that has the power to save lives. Our mission has never been more vital than it is in this moment: to empower you through understanding. Vox’s work is reaching more people than ever, but our distinctive brand of explanatory journalism takes resources — particularly during a pandemic and an economic downturn. Your financial contribution will not constitute a donation, but it will enable our staff to continue to offer free articles, videos, and podcasts at the quality and volume that this moment requires. Please consider making a contribution to Vox today.