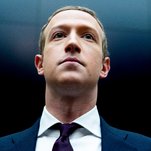 SAN FRANCISCO — Mark Zuckerberg and Sheryl Sandberg, Facebook’s two top executives, met with civil rights groups on Tuesday in an attempt to mollify them over how the social network treats hate speech on its site.

But Mr. Zuckerberg, Facebook’s chief executive, and Ms. Sandberg, the chief operating officer, failed to win its critics over.

For more than an hour, Mr. Zuckerberg, Ms. Sandberg and other Facebook executives discussed the company’s handling of hate speech over Zoom with representatives from the Anti-Defamation League, the National Association for the Advancement of Colored People and Color of Change. Those groups have helped push hundreds of companies, such as Unilever and Best Buy, to pause their advertising on Facebook in recent weeks to protest its handling of toxic speech and misinformation.

The groups said they discussed their demands with Facebook’s leaders, including the hiring a top executive with a civil rights background, submitting to regular independent audits and updating its community standards, according to a statement from the Free Press advocacy group, whose co-chief executive, Jessica J. González, was on the call.

But Mr. Zuckerberg and Ms. Sandberg did not agree to all of those requests, representatives of the groups said. Instead, they said, the Facebook executives reverted to “spin” and firing up its “powerful P.R. machine.”

“Instead of committing to a timeline to root out hate and disinformation on Facebook, the company’s leaders delivered the same old talking points to try to placate us without meeting our demands,” Ms. González said.

“They showed up to the meeting expecting an A for attendance,” said Rashad Robinson, head of Color of Change, in a call after the meeting. “Attending alone is not enough.”

For weeks, Facebook has faced increasing pressure to tackle hate speech and misinformation across its site. Rivals like Twitter and Snap have recently taken action against untruthful or inflammatory posts from President Trump on their platforms, but Facebook has resisted doing anything, citing the importance of free speech. Facebook employees have pushed back against the lack of action, staging a virtual “walkout” last month. And in the weeks since, more than 300 advertisers have joined the effort to boycott Facebook.

Facebook executives have taken an increasingly conciliatory tone as the boycott has grown. On Wednesday, the company also plans to release the final part of a yearslong audit of its civil rights policies and practices. The auditors have been examining how Facebook handles issues like hate speech, election interference and algorithmic bias.