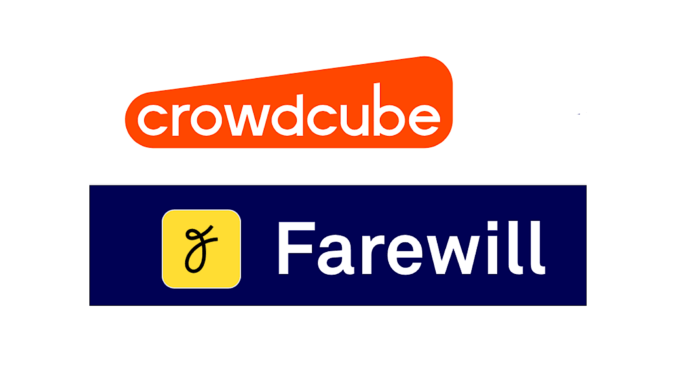 Legal tech/deathtech pioneer Farewill is turning to crowdfunding to raise fresh cash. In July 2020 it raised £20m from a range of VCs. The news follows a similar move by Reynen Court, which is appealing to the legal and tech community for more money to avoid a tough Series B fundraise in the current conditions.

Of course, the crowdfunding does not preclude Farewill going for another ‘traditional’ VC funding round at some point, but raising cash in this way, i.e asking the general public for money, after already becoming well-established and when the last raise was £20m and backed by notable funds such as Highland Europe and Broadhaven Capital Partners, is unusual and perhaps is a reflection of the wider VC funding crunch.

The UK-based company, which lists around 80 staff on Linkedin, (although an older section of text on its page mentions ‘we’re a team of 140 people’), is also something of an ALSP and has pioneered alternative ways to gain a Will and deal with Probate.

The successful scale-up offers people a digital front door using a mix of information and digital Q&As to guide them through a legally-binding Will set up, plus there is also the ability to speak to a lawyer on their team to help with any complex legal issues. This is all done at a very low price relative to what is seen in the wider legal market.

Starting in 2016 the company has since grown rapidly in terms of brand awareness and has won multiple awards. They claim to now be the UK’s ‘Number 1 online Will-writing service’ – which is a tremendous accomplishment.

However, as noted, their last funding, which was for £20m ($22.4m) and described as a ‘Venture Round’ was over two years ago in July 2020 and came after a series of other small fund raises. Overall it has raised around $35m.

Usually, at this stage of growth, i.e. after six years and plenty of VC backing, one would expect a company to go straight to a very large funding round.

However, they are now turning to Crowdcube, the well-known crowd site to raise new cash. What is noteworthy here is that a company that is already in effect ‘a success’ is doing something that usually much smaller and younger companies tend to do, i.e. seek cash from the wider population.

Here is how CEO, Dan Garrett, explained it – and as you can see, it’s fairly oblique: ‘So we’re crowdfunding – that means we’re opening up Farewill to new investors large and small. If you’d like to own a little bit of Farewill too, we’re inviting you to pre-register for priority access.‘

At present they are offering the chance to pre-register for customers and he added: ‘You don’t need to be an experienced investor to join, and you don’t need to invest thousands. You can get started from £11.’

This crowdfunding doesn’t mean they won’t eventually move back to a regular funding round with VCs again, but taking this approach at this stage of a company’s lifecycle perhaps underlines how tricky the funding world is right now. The wider question is which other established legal tech companies will also try the crowd route?

Important note: obviously, this is just a news story and is not financial advice. Always take advice from a professional before parting with your hard-earned money, no matter what the type of investment may be.