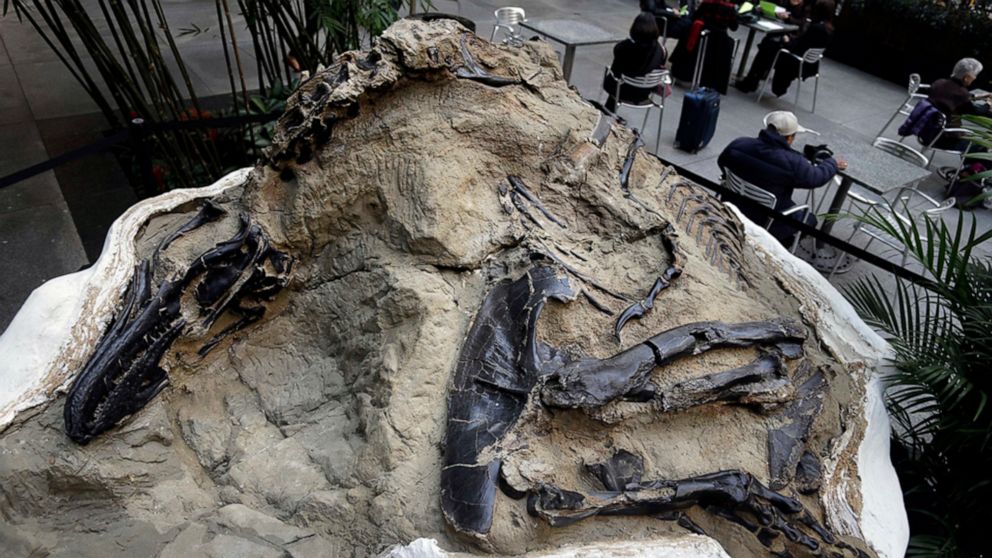 HELENA, Mont. —
Dinosaur fossils aren’t minerals under state law, a divided Montana Supreme Court said in a ruling Wednesday that has implications in an ongoing legal battle over the ownership of millions of dollars of fossils unearthed on an eastern Montana ranch.

The dinosaurs unearthed on the ranch include a T. rex found in 2013, a triceratops skull discovered in 2011 and the 2006 discovery of a pair of dinosaurs that appeared to have been locked in battle when they died. The T. rex was sold for millions of dollars. The so-called “dueling dinosaurs” drew a bid of $5.5 million in a 2014 auction, but failed to reach the $6 million reserve price.

In a legal effort to clarify the ownership of the dueling dinosaurs before trying to sell them, the Murrays sought a court order saying they owned the fossils. A federal judge in Montana ruled dinosaur fossils were part of the surface estate and thus they were owned by the Murrays. The Seversons appealed, and a three-judge panel of the 9th U.S. Circuit Court of Appeals overturned that ruling in a 2-1 decision in February 2018.

The Murrays asked for a rehearing before a larger appeals panel. The 9th Circuit agreed, but first asked the Montana Supreme Court to answer whether, under Montana law, dinosaur fossils are minerals for the purpose of a mineral reservation. In a 4-3 ruling, the justices said dinosaur fossils are part of the surface rights.

The answer sends the case back to the 9th Circuit for the re-hearing. A date has not been set.

As a result of the legal battle, the 2019 Legislature unanimously passed a bill stating dinosaur fossils are not considered minerals under Montana law unless the contract separating the surface and mineral rights reserves fossils as part of the mineral rights.