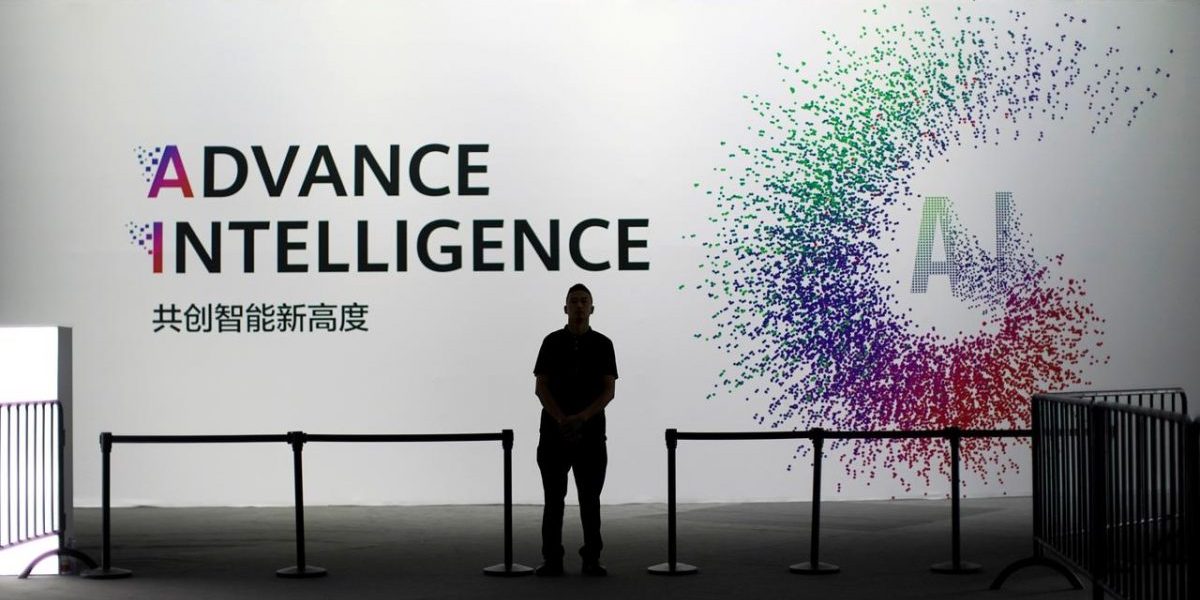 As tensions and tech rivalry between the U.S. and China intensify, artificial intelligence is taking center stage. During the recent Tortoise Global AI Summit, panelists discussed the increasingly fraught relationship between these global superpowers, whose rivalry had shown signs of bitterness even before President Trump launched a trade war.

While this competition extends across a wide range of technologies, the panelists agreed AI has increasingly become a focal point, thanks to the essential role many predict it will play in the coming decades. And not only is the race for AI supremacy pitting China against the U.S., it is forcing every other country to reassess their place in this technological duel.

“We’re seeing a technology competition in the context of a worsening relationship between the world’s two great powers,” said John Sawers, former head of the U.K.’s MI6 spy agency. “These two countries have roughly equal-sized economies, and they are using their economic platform as a vehicle for projecting power for their influence on controlling the world. AI is a central feature in that wider technology race.”

Joining Sawers on a panel was Nigel Toon, CEO of Graphcore, and Sana Khareghani, head of the U.K. government’s Office for AI.

“I think when it comes to China and the U.S., they’re putting AI in the center of a confrontation they’ve had for a very long time,” Khareghani said. “It’s an economic race to be the leader, and technology had been kind of thrown in there.”

The panelists discussed the conventional wisdom that AI efforts in the U.S. are led by companies while in China such innovation is driven by government policy, but Toon pushed back against that view. He acknowledged that the Chinese government plays a greater role than its U.S. counterpart, but he said much of the AI development in China is being led by tech giants like Alibaba and Huawei, who have the same motivations as Google and Facebook: to maintain their competitive edge.

Such titans can seem unbeatable from the outside, he said. But they are driven by fears of rivals creating products with superior AI.

“If you look at this from the perspective of some of the big tech companies, AI is existential,” Toon said. “If somebody else develops leading edge AI quicker than Google … that’s what Google is worried about. That’s why they’re investing fortunes into this. That’s why Facebook is investing fortunes in this. That’s why Google buys DeepMind, because it’s just existential to these massive companies. Same for Alibaba. Same for Tencent.”

The main difference in China, Toon added, is that the government has a much closer and more cooperative relationship with its tech companies. In addition, China’s policies and culture around privacy and data give it an edge.

“There are no restraints on their collection and use of data,” Sawers said. “In the West, we pride ourselves on individual privacy as being part of the free society … China has set up a surveillance system inside their major cities [that] is so powerful, it’s the sort of control mechanism Joseph Stalin would have died for because it is very, very extensive. That does give them an advantage in this area because AI and machine learning rely very heavily on the mass collection of data and being able to crunch that data and manipulate that data.”

This picture of a two-way race inevitably led to the question of where and how Europe fits into the picture. The European Union has, in recent years, also made AI development a political and economic priority. The region is investing large sums into research and startups, but it’s also trying to carve out a distinct identity by taking a more ethical approach to AI than that of the U.S. or China.

Khareghani said venture capital numbers that show the U.S. and China with big leads tend to underestimate the strength of Europe.

“I think it’s worth considering that the U.S. and China are leading in a specific way in terms of how much investment they’re putting into AI,” she said. “But in terms of focus, dedication, and thought leadership, the U.K. is up there, along with the other countries like Canada, Germany, and France. So I do think that there is more than just funding criteria that should go into that.”

Still, Europe does have some severe limitations. Toon noted, for instance, that while the region has made impressive strides in many areas related to deep tech, it also remains heavily dependent on other countries for many of the basic components needed to develop advanced computing.

“There are very limited supplies for some of the core underlying technology,” Toon said. “Take semiconductors. There are three companies on the planet that can build at the very leading edge of semiconductors. We work with TSMC, [which] is based in Taiwan. Then there is Samsung in Korea and Intel in the U.S. I think it’s unbelievable — or impossible — to think that we in Europe could develop these leading-edge semiconductor technologies.”

So how should Europe respond? Toon worries that growing regulations around data and AI use, while intended to promote public trust and confidence, could backfire by hampering the region’s companies.

“We need to be careful that we don’t put in place some policy that actually causes Europe not to be able to compete, because we can’t get access to some of these leading-edge technologies,” Toon said.

Until now, Europe has been trying to leverage its status by working with both the U.S. and China. But recent events have made that difficult. And as the U.S. and China increasingly create trade barriers and assert their technological independence from each other, Europe will have to rethink its relationship with both.

“I think Europe for a long time felt that somehow it could get the best of both worlds,” Sawers said. “It could maintain political and defensive alliances with [the] United States, but we could treat China as an equal economic partner. I think one thing that COVID has done is really taken the scales from the eyes of many Europeans about the nature of this Chinese regime … The Chinese have become much more assertive. We’re seeing what China is doing in Hong Kong in the South China Sea. And we see what it’s doing in the cybersecurity domain. We’re seeing how much more repressive China is.”