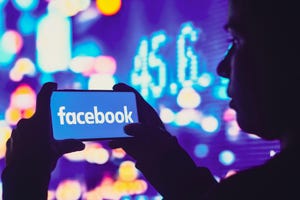 Facebook is broken, and in a most unusual way. As of around 11:30 p.m. PT Tuesday, Facebook users began complaining of a strange bug: Their feeds consist only of random people posting on celebrities’ walls. Scrolling down my own feed, all I can see is posts, sent from people I’ve never met, to the official pages of The Beatles, Gorillaz and System of a Down.

DownDetector recieved a spike in complaints about Facebook, indicating a widespread problem. Judging from tweets from confused Facebook users, however, it doesn’t appear as though anyone’s Facebook is down — just weird.

Taking advantage of the unusual glitch, some users have begun posting memes to celebrities pages, like the one above. I’ve seen others jokingly circulate their Venmo details asking for donations, and others promote their own small business.

Meta did not immediately respond to a request for comment.