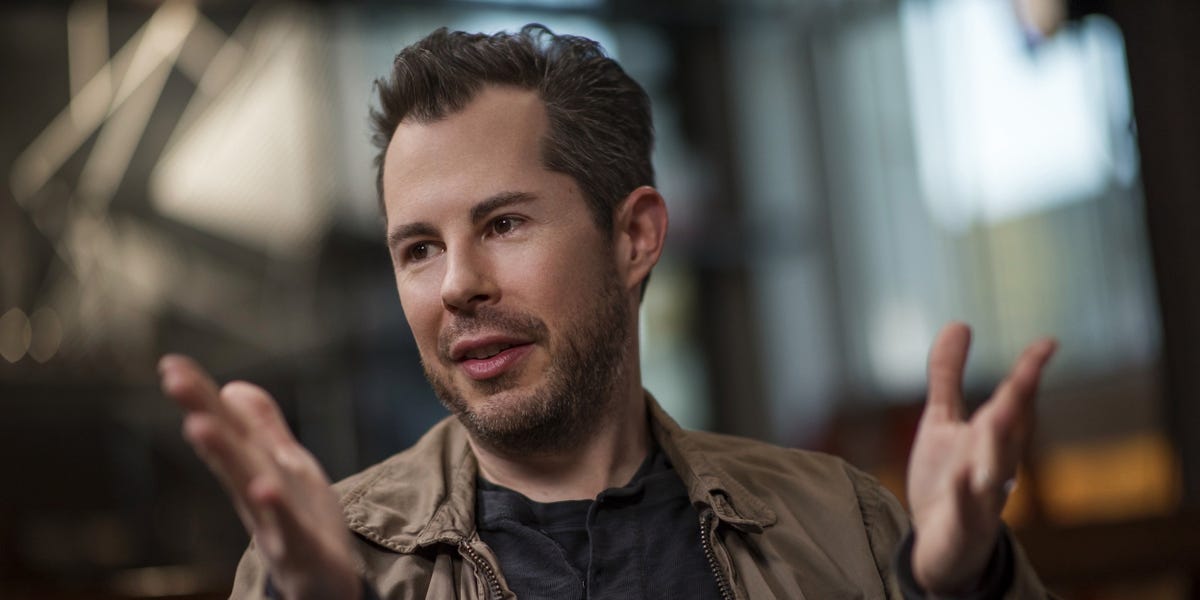 Bill Maris, the founder of Google Ventures and creator of the Alphabet life-sciences division Calico, parted ways with Google in 2016 to form his own investment fund, Section 32.

According to Maris, Section 32 is investing in about 40 companies and just added a handful of new members to its ranks — most of whom also hail from Google. They include Claire Stapleton, a previous YouTube executive who led an employee walkout in 2018 over Google’s handling of sexual-misconduct allegations against its former exec Andy Rubin.

They also include Alice Cheung, who worked as a Google recruiter for 10 years and joins Section 32 as its head of talent. Kenzo Fong Hing, the former head of marketing for Android, came aboard as an adviser.

“We still use the word Googly internally as it means something to us in its best sense, or what it used to mean at least,” Maris told Business Insider about the Google theme among its new hires. “I think all of those values carry over, which is why it’s not surprising to me to see quite a number of people I used to work with at Google join here.”

Maris said Section 32’s investments were at the crossroads of technology, healthcare, and life sciences. Names in the portfolio include Alector, which focuses on eliminating neurodegeneration, and the robotic-endoscopy company Auris.

“We’re not making 100 investments a year like I was at Google. We’re making maybe one a month, so we’re being extremely selective about that, and we invest a lot of time and energy into the things we do,” Maris said.

And even though he said it was “mission accomplished” when he left Google Ventures in 2016, he said he didn’t feel quite as accomplished when it came to Calico.

Maris founded the Calico life-sciences division under Alphabet in 2013 with a mission to research and combat aging-associated diseases.

“I still remain interested in accelerating that part of what I set out to do there,” Maris said. “I have a lot of ideas in that space, and it remains to be seen how they take shape.”

Maris said he has been “disappointed” with the lack of visible progress Calico has made in the field and that he still has an active interest in antiaging and genetics. Fulcrum Therapeutics, a biomedical company focused on patients with genetically defined rare diseases, is also a Section 32 investment.

Maris said Calico had a two-part goal. “One was to legitimize the area of research into aging, which at the time was seen as fringe and unfundable by government grants and so forth, and I think we achieved that goal by making it legitimate to understand aging as a genetic disease essentially,” he said.

“The second goal was to actually make progress towards the goal, which was to really understand aging as a genetic condition that could be treatable and curable in the sense of the diseases and the debilitations that come with age, both cognitively and physically. And I’m pretty disappointed personally to see a lack of progress or a lack of any statement of progress from Calico in that regard,” he added.

Calico has been relatively quiet compared with other Alphabet companies. The last big news came in 2018, when Calico and the drug giant AbbVie came together for a $1 billion pledge toward developing therapies associated with age-related diseases.

“I think things don’t progress because of a lack of leadership, right? I don’t know,” Maris said. “I have no idea why they don’t publish articles. I have no idea why we haven’t seen anything come out. I don’t know why no one seems to know what they’re working on doing. It all seems very contrary to the spirit of openness and transparency that advances science, but no, I don’t get it; it’s not how I envisioned it at all.”

Maris also pointed out the distinction with Alphabet’s Verily, which has made some considerable strides during the COVID-19 crisis, with the company screening and providing on-site testing for the virus.

“Andy Conrad is a longtime friend of mine. I brought him into Google, helped him get started and get Verily going,” Maris said of the Verily CEO. “I don’t know whether all the things he’s working on are going to work; they probably won’t, but that’s kind of the point. They’ve been, I think, very open about what they’re working on — sometimes it works; sometimes it doesn’t — but they’re trying things. They’re doing things. They’re communicating. They’re filing patents. They’re publishing studies. They’re funding things.”

“I like to see some things fail — at least you’re pushing the borders,” Maris added. “But when you get complete silence from Calico — maybe they’re saving the world, and we don’t know it. But if that’s the case, tell us; let us know because I think the public deserves to know that.”

Calico did not immediately respond to a request for comment.