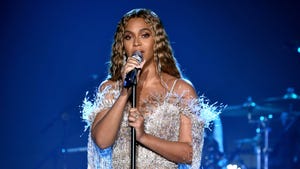 Beyoncé is all about surprise drops. After announcing via her social media bios on Monday that her new song Break My Soul would arrive at 12 a.m. ET, the pop star looks to have released the song early on some platforms. You can currently stream it on Tidal and listen to it on YouTube. Break My Soul is the first single released from her upcoming album, Renaissance.

Renaissance will likely be Beyoncé’s seventh solo album, a follow-up to 2016’s Lemonade. Several social media accounts (and Beyoncé’s website) have posted the album’s name alongside cryptic text that says “act i.”

We’ve gotten our hands on some other Beyoncé music in the years since Lemonade — she’s been busy with The Lion King: The Gift, a companion album to a 2019 remake of the animated film; Disney Plus visual album Black Is King; Netflix concert film Homecoming; and Everything Is Love, a collaboration with Jay-Z. She scooped up an Oscar nomination (her first) for Be Alive, and won a Grammy Award for best R&B performance for her single Black Parade. But there’s nothing quite like a Beyoncé solo album. Here’s a reminder of the five we’ve had in addition to Lemonade: Dangerously in Love, B’day, I Am… Sasha Fierce, 4, Beyoncé.

A tweet posted Wednesday by Beyoncé’s nonprofit BeyGood seems to suggest that this is indeed a solo album. The tweet includes a collage of album covers, and some eagle-eyed Twitter users noticed that one is not like the others. “This album with the red glove isn’t a real album and the hand is pointing at brandy’s album… brandy’s album is titled B7 omggggg!!!! BEYONCÉ!!!,” one Twitter user wrote. Basically, it appears the gloved hand is an easter egg teasing Beyoncé’s seventh solo album.

When is the new album arriving?

We can expect Renaissance on July 29. It’ll be available on streaming services including Spotify, Apple Music, Amazon Music and YouTube Music.

How many songs are on the album?

It looks like Renaissance will include 16 songs. If you pre-save the album on Apple Music, you can view a list of untitled tracks.

Here’s a picture of the current track list from Twitter. I pre-saved the album and saw the same thing.

“Instantly, a wall of sound hits me. Soaring vocals and fierce beats combine and in a split second I’m transported back to the clubs of my youth… It’s music I love to my core,” Enninful wrote of hearing the album for the first time at Beyoncé’s home recording studio. “Music that makes you rise, that turns your mind to cultures and subcultures, to our people past and present, music that will unite so many on the dance floor, music that touches your soul.”

On Apple Music, Renaissance is listed as a “pop” album. The same genre is listed for her previous solo releases.