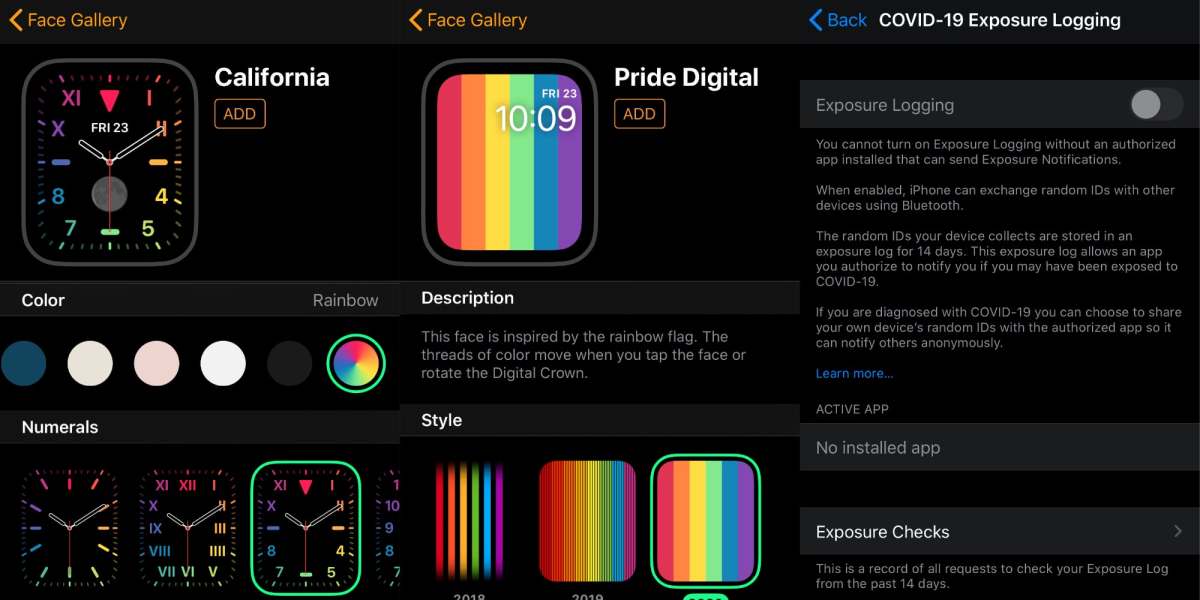 Following an unusual beta testing cycle that began in late March and continued with renumberings in late April, Apple is today releasing the final public version of iOS 13.5, notably including features designed to limit the spread of COVID-19: exposure notifications and improved Face ID recognition of protective masks. The company is also debuting a collection of largely bug-fixing updates to its iPadOS, macOS and tvOS operating systems.

As was revealed last month, iOS 13.5’s marquee feature is integrated support for a coronavirus exposure tracking and notification system co-developed by Apple and Google for public health purposes, enabling iPhones to optionally share anonymized device identifiers and wireless proximity data with iOS or Android phones, then alert users to potential exposure. The system is disabled by default unless an officially authorized notification app is installed. As part of the joint partnership, Google also released an API update for Android users today.

At launch, Apple and Google said public health officials in 22 countries on five continents around the world have received access to the API. To drive adoption rates, Apple and Google want one app per country, but they are also working with large countries like the U.S. to create a regional approach. A number of U.S. states including Alabama, North Dakota, and South Carolina are using the Exposure Notification API, but spokespeople declined to share the specific number of U.S. states or countries using the API.

Designed to help the public resume “normal” business and personal living in a mid/post-pandemic period, the tech companies’ system is controversial in some countries, but has been embraced by health officials in others, including the U.S. and some European nations. Assuming an individual opts into the system, they’ll be able to self-isolate or take other actions after receiving a notification that someone nearby has tested positive for COVID-19. Users also can access a list of all requests to check the exposure log within the last 14 days.

Another tweak to iOS 13.5 adds support for new Pride faces and rainbow effects included in watchOS 6.2.5 for Apple Watches. New 2020 versions of the Pride Analog and Pride Digital faces have been added to match just released rainbow-colored Sport and Nike+ watch bands, each with six slightly muted colors, and a number of other watch faces — such as California, Numerals Duo, and Numerals Mono — have been given “rainbow” gradient color options with the same new tones.

Apple has also publicly released tvOS 13.4.5 for Apple TVs with bug fixes rather than new marquee features, and macOS 10.15.5 for Mac computers is expected to follow shortly. All of the new OS updates will be available through the Software Update mechanisms of their respective devices.