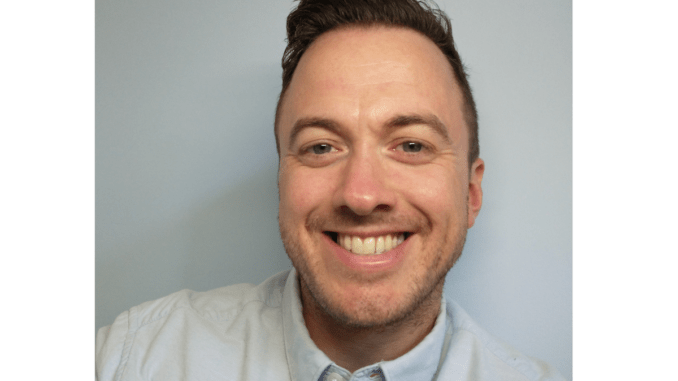 ‘I want as many of you as possible to imagine a world in which legal teams are human-centric,’ states Chapter 14 of Adam Curphey’s new book, ‘The Legal Team of the Future: Law+ Skills’, and Artificial Lawyer would certainly second that.

The book by Curphey, who is Senior Manager of Innovation at Mayer Brown, maps out and then explores 16 key areas that lawyers need to develop to move with the times and optimise their business, and which are divided between four main subject quadrants. The approach to driving change is broadly described as ‘Law+’.

First of all, Curphey examines what other maps are out there already that describe what lawyers do (or perhaps should do) and so we get the O-shaped lawyer, the T-shaped lawyer and the Delta lawyer, and others. (There’s a lot of maps out there that try to capture what exactly lawyers do and how they should change – and Curphey maps them well, which is all very meta.)

And this is valuable work. After many years working as a management consultant it’s clear that there’s a lot of benefits in creating a taxonomical map of what people and/or organisations do before then looking at how one can improve things. After all, you can’t purposefully change what you don’t measure, and you can’t measure what you can’t describe.

In this case, Curphey has used the term Law+ to describe his own model, and as noted, has created 16 key areas of activity that are open for development, from ‘adaptability’ which is in the Law+People quadrant, to ‘delivery’ in the Law+Technology quadrant.

He also draws on his own experience as a lawyer earlier in his career in some of these sections. For example, with regard to delivery, he recalls: ‘When I was starting out in practice, as part of the training contract I was offered the opportunity to tour the London Stock exchange. The tour ended with a senior member of the organisation talking us through the history of the exchange and the changes he had seen over his many years working there.

‘The biggest change he described related to the workforce. In years gone by, shares were actually traded on the trading floor. As the processing power of computers increased, and as algorithms were designed to analyse and predict the movements of the markets, those buying shares were able to look for the best deals on a second-by-second basis – and often even faster. Clients on whose behalf you were buying shares had access to up-to-date information about the stock market and price fluctuations, and they expected the best price for their shares.

‘This move to data and analytics caused a shift in the composition of the workforce because social skills now needed to be supplemented and augmented by those with technological proficiency and an understanding of data.’

I.e. that technological shifts had changed the actual delivery of the service, in that case at the stock market, but Curphey makes the clear parallel with the legal world today.

This sectional approach is a handy way to break down and categorise what happens in the legal field and then drill into the core competencies and needs associated with those factors if you want to improve them. It’s full of solid, practical advice, underscored by real-world experience, along with a good dose of change management theory.

One could see a very experienced partner, GC, or legal technologist, getting plenty from this, as even if they ‘know it already’, as it were, putting it down on paper like this into an objective picture can help to stimulate ideas and encourage action.

Sometimes the trigger to change in one’s life, or in an organisation, is not some massive ‘bolt from Heaven’, but rather simply seeing the facts as they are and then realising that something needs to move. In this regard the book really helps – and shows multiple ways forward.

There are also some useful sections for the less experienced that set out how the legal market works, e.g. the law firm pyramid, and other key aspects of this atypical sector of the economy. Given that more and more people with no legal background are moving into the legal sphere, often into tech and legal ops, this will be useful as not everyone has been an associate at a large commercial law firm and knows how this often unusual system works.

More broadly, the question for this type of book, whether for the law, or any other sector, is how much will people follow a ‘professional blueprint’, or what one could describe as a ‘teaching manual’ or in short: a syllabus?

For example, Curphey suggests: ‘One option is to create psychometric testing based on real-world scenarios that can show an individual their proficiency level in each of the quadrants.

‘Another is to build university and law school courses around the model, developing skills frameworks that can be tested and built upon throughout a person’s career. My hope is that law firms and legal teams will take on the Law+ language and model to build out new skillsets in their lawyers and to develop training paths…’

Now, it’s worth noting that Curphey, as well as working inside some very large law firms, also was a lecturer at the BPP law school for over seven years, and it’s evident that he believes strongly in the pedagogic approach. And if the goal is to teach, then you need a lesson plan, which this book is in some ways but on a grand scale.

I have always tended to avoid structured education, however maybe that’s just me, but for many people this approach will be just what they are looking for, especially those at law school, or involved in training courses at law firms and within inhouse teams. Either they or those holding the training session will be able to readily pick this book up and leverage it directly – and that’s a very useful resource to have.

To conclude, mapping the legal world and the behaviours within it via a clearly outlined taxonomy, and then linking this to how we may want to change things, helps to bring objectivity to a highly complex and rapidly evolving field, namely innovation in the business and operation of law.

In this regard, Curphey has succeeded and created his own map of the world ready for you to explore and learn from. The book seems highly likely to become a regular text for everyone interested in legal innovation.

You can get the book here.

P.S. Adam and plenty of other experts will be speaking at the Legal Innovators UK Conference – in London, November 10 + 11

If you found the topics covered in this article of interest then come along to the landmark two-day legal innovation conference in London. Day One: Law Firms and ALSPs, Day Two: Inhouse and Legal Ops. We have a fantastic line-up of speakers from across the legal and legal tech ecosystems for this event focused on learning, sharing and networking. See you there!

Tickets and more information can be found here.