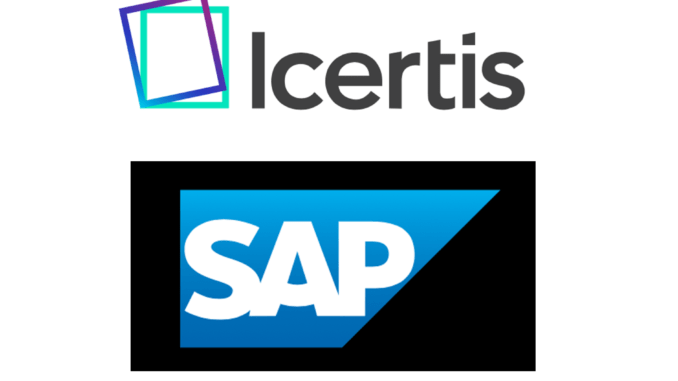 Tech giant SAP has taken a financial stake in CLM company Icertis. The two companies also will now be working on ‘an expanded partnership’. Icertis also received an undisclosed, and under-publicised, investment from SoftBank in 2021.

The SAP news, which was announced at the end of last month, comes as the full impact of the fallout from the spat between Icertis and its client, CHC, remains to be seen.

In a statement by the Eight Roads investment fund, which has had a stake in Icertis since 2015, they announced that: ‘Our portfolio company Icertis has announced an expanded partnership [with SAP] for enhanced contract management to help companies increase efficiency, minimise risk and realise the full intent of their agreements.

‘The partnership, which includes a financial investment from SAP in Icertis, will lead to a joint product road map and deeper technological integration to deliver enterprise-wide value, including faster negotiations, greater compliance and AI-powered business insights and automation.’

The sum invested was not disclosed.

Samir Bodas, CEO of Icertis, commented: ‘With this partnership, SAP and Icertis customers will be able to derive end-to-end value across the enterprise, so the intent of every contract is correctly memorialised and fully realised. Partnering with SAP to bring our AI-powered, best-of-breed contract intelligence to the market is another affirmation of Icertis’ strategy to become the contract intelligence platform of the world. It is also a testament to SAP’s forward-looking vision for the intelligent and networked enterprise.’

Christian Klein, CEO and member of the Executive Board, SAP SE, concluded: ‘The expanded cooperation with Icertis will help our customers take advantage of market-leading innovations for contract management from Icertis while managing core business processes with SAP solutions. This partnership is a great complement to our portfolio, with multiple touch points to SAP systems across ERP, finance, procurement, sales and HR.’

Interestingly, neither Icertis, nor SoftBank, made a lot of noise about the investment that happened last year. However, it is listed on the SoftBank Vision Fund site as a portfolio company.

Life is not a Game