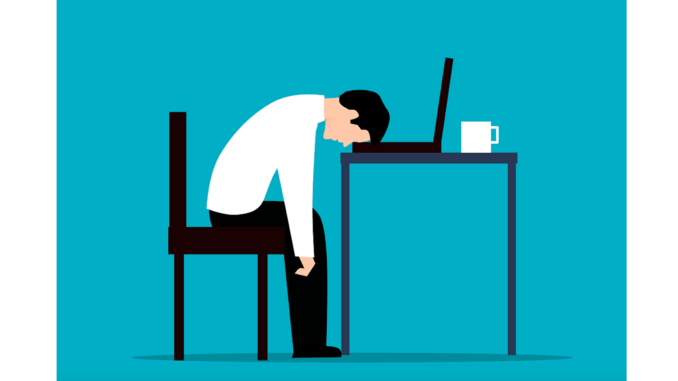 Just under half of inhouse counsel (47%) are either very or extremely ‘burned out / stressed’, yet only 22% of those who feel this way are ‘actively searching’ for a new role, a survey by flexible lawyer provider, Axiom, has found.

And of the same group, who were based in the US, 19% were ‘not interested’ in a new position, despite how things were for them. Although 59% were ‘open’ to one, but they were not actually actively looking to leave. In short, we’ve got a lot of frazzled people stuck where they are, which given the understandably slow pace of change in some inhouse legal teams, e.g. in adopting tech that may help to remove process work, seems to be an unhealthy scenario for all involved.

One would assume that if people are really exhausted after what has been a seriously frenetic few years then they may want to change roles – and it looks like the next year or two are going to be no less chaotic for corporations, i.e. no end in sight for the current pressures. But, as the data shows, they are not charging out of the exit doors.

Here are some potential reasons why people are not moving:

The other finding was that if you work at a larger company in an inhouse role you are less likely – on average – to be satisfied with the work you do.

The data shows that people working in companies with $25m or less in revenues, were more often ‘very or extremely’ engaged with their work, compared to larger companies, at a difference of 78% for smaller businesses compared to 61% for large businesses.

This makes sense, as smaller companies will likely rely on more of the staff in their legal teams for business-critical needs. Whereas once a company grows to a very large size more and more of the inhouse team are bogged down in operational matters due to the sheer volume of demands on their time, e.g. giving sales contracts approvals, but not being involved in more interesting areas of work. I.e. task specialisation in large organisations can see more lawyers stuck with less interesting work for a long time.

Axiom also, understandably, noted that 39% of inhouse lawyers are looking at flexible talent providers in cases where they want to jump ship – and that does indeed appear to be a good move for those who want more control over their lives.

Last point, what has this got to do with legal tech? If people are exhausted and bored because of too much process work….then what can be done? They can outsource it, or they can bring in tech to help – and perhaps do a bit of both. Tech eats inefficiency for breakfast. If companies want to solve the above problems then tech is clearly part of the answer.

A more flexible working life may help as well.

Demographics: The Axiom survey was conducted by Wakefield Research among 300 US in-house counsel working at organisations with a minimum annual revenue of $1M between May 23rd and June 3rd, 2022.