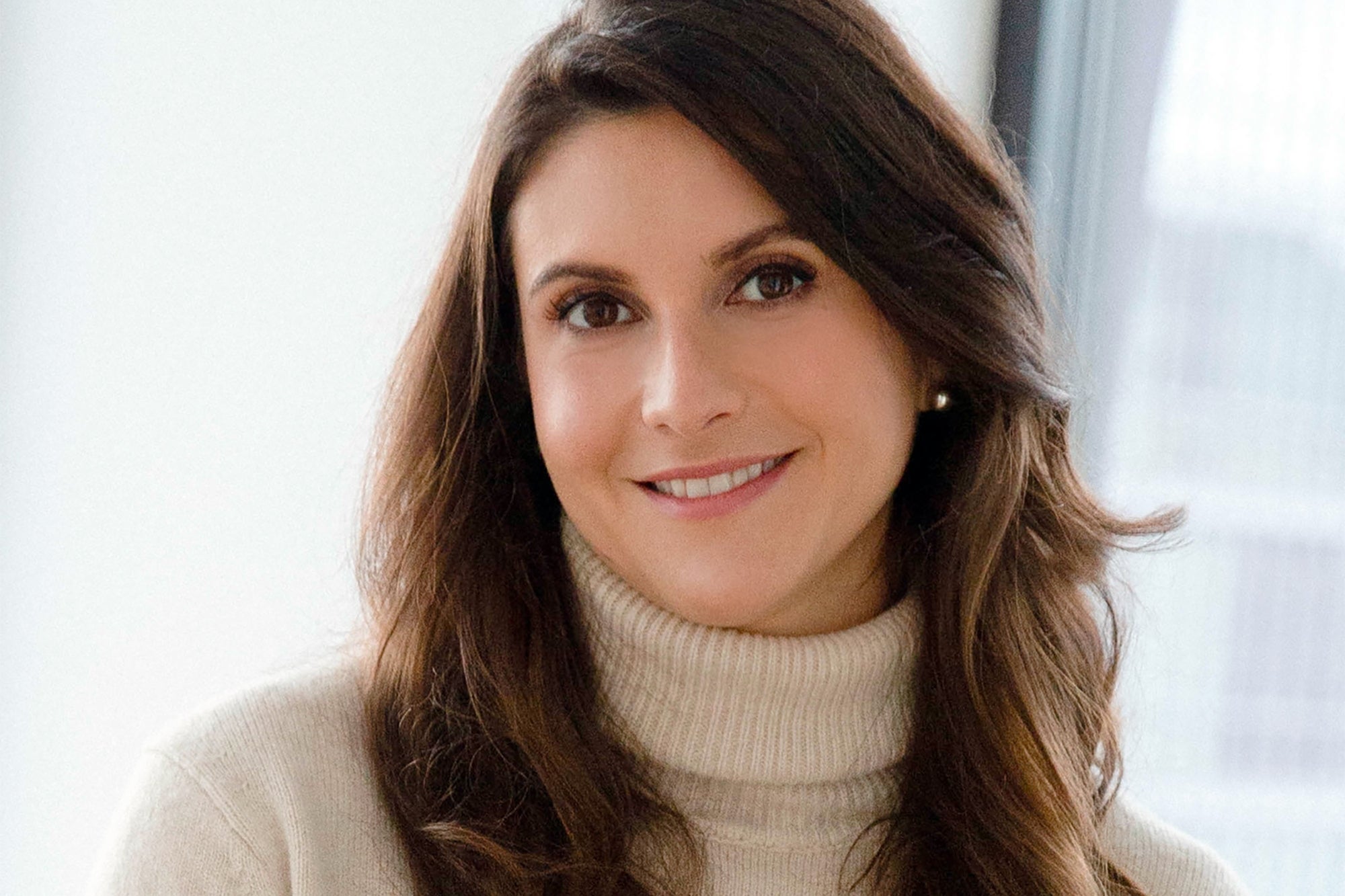 A so-called “crypto winter” is a long period of depressed asset prices in the cryptocurrency markets. The term is comparable to a “bear market” in the stock market. Crypto winters may be unpredictable and challenging to navigate for less experienced investors, but long-term investors sometimes look to “buy the dip” and profit from a rebounding crypto economy.

In previous interviews, Arianna Simpson, General Partner at Andreessen Horowitz’s crypto fund, has noted that “bear markets are often where the real work happens.” So, now standing in the midst of this crypto blizzard, has a16z’s investment thesis adapted in any way?

“A lot of what’s happening in the ecosystem is at the frontier of cryptography and protocol design and token economic design,” Simpson told us. “These are not trivial things to do. And that takes time. We are patient, our funds are designed to be 10-year-plus funds. And that’s been a very deliberate choice. It aligns us more closely with the teams that we bought, but also with our investors. In short, no, our investment strategy hasn’t changed at all.”

According to Simpson, a16z’s funds are designed to be able to continue investing whether markets are good or bad. The firm can continue to back more of the best founders in the space and continue to provide them with the best set of resources.

“The firm has always been very positive on crypto. Andreessen is the only one of the large platforms that I even considered joining because I felt they were the only ones who actually got crypto.”

Moving forward, Simpson tells us she purposely curated a team of dedicated experts, 100 percent focused on the investment side of crypto. The operating team has duplicated the model the larger firm has, but tailored it to crypto needs.

“The firm knows that crypto is an important area,” she says. “In order to best serve the founders that we back, it made sense to have it be its own dedicated area. With such a laser focus on cryptocurrency as its own entity, a16z is prepared to not only survive the supposed crypto winter, it’ll pass through with an abundance of healthy opportunities.”

An investment thesis for the next frontier.

a16z Crypto is a multistage fund investing in all levels of the crypto stack. Last May they closed their fourth fund totalling $4.5 billion.

Many of its investments, especially in years past, were focused on the infrastructure needed to establish the technological foundation. Now, however, Simpson and her team are investing more in companies and projects at the application layer, i.e. web3 gaming and wallet interfaces of various kinds.

For them, these areas are going to be the next major paradigm shift in terms of where computation happens. They view blockchains as computers that live in the sky and enable applications to be run in a more decentralized fashion. It’s no surprise then, that a16z Crypto is investing broadly across that entire ecosystem.

We also spend a lot of time looking at these various categories and mapping how we think they might develop. But I think many of our best investments are when the founder’s thinking is much more advanced than ours…

Asked about what will be the best way to persuade her to invest in a startup, Arianna says that generally, she likes to meet entrepreneurs multiple times first, if possible, and see their progress. “I think it’s very helpful for us to observe the evolution of a founder’s thinking. And it’s helpful to see them go deeper and deeper and understand the problem better over time. So in general, we like to meet founders early. I wouldn’t say there’s a particular sort of metric or any particular stage. We’ve done very early-stage investments, and we’ve also done very late-stage investments. I think the sooner the better.”

Taking into consideration that global venture funding reached $25.2 billion last month, the lowest monthly funding amount recorded since August 2020 according to Crunchbase, Simpson believes that teams that stay strongly focused on their product and technology will show the resilience needed to continue to build through the downturns.

Investing in the right teams is critical for the fund, especially when assessing early-stage companies where there aren’t a lot of metrics or data points to look at. Arianna spends a lot of her time with founders trying to understand their thought processes and how they approach building their team. “The due diligence process continues with reference checks to understand the market as well as we can. We might talk to other founders who are in that market, not competitors, of course, but others who are building something adjacent and have market insights that will be helpful.”

“We also spend a lot of time looking at these various categories and mapping how we think they might develop. But I think many of our best investments are when the founder’s thinking is much more advanced than ours in a given category. And that’s always what we want to find: the people who are pushing the frontier forward the most. And, you know, the founders are the really smart ones, not us.”

In October 2021, Simpson led the $152 million funding round for Sky Mavis, the Vietnamese studio that developed Axie Infinity, a popular NFT-based online video game. She stated in a tweet that she was joining the board, saying: “This team set off an earthquake this year, and the industry is forever changed.”

Fast forward almost a year and Simpson sat down with us at AxieCon Barcelona, an entire conference built around the Axie ecosystem. “I think it’s incredible to see the number of people who have traveled to be here and meet other players and fans. And to me, it’s just really a strong indication of how tight-knit and close the Axie community is,” Simpson tells us. “I think that was one of the main things that got me excited about them and made me want to invest in them. At that time, I was seeing it mostly online: Twitter, Discord, and whatnot. But now it’s really cool to be able to see it in person as well.”

Her experiences at these places saw her spend a lot of time making new investments but also working closely with founders. “I think having worked in a number of different environments, ranging from a startup to a big company like Facebook is very relevant. Having seen how deals are structured in a very large context, and how startups can get their first customers, was a very helpful context for me to have,” she said. “I am now able to share that back with founders as they navigate some of these challenges for the first time.”

Simpson discovered crypto back in 2013. She explains that she fell down the rabbit hole after having spent some time traveling around Southern Africa. It was in Zimbabwe where she saw the aftermath of severe hyperinflation and that left a lasting impression on her she says. When she went back to the U.S. her mind was focused on monetary policy and coming up with an alternative: a currency that couldn’t hyper-inflate. Soon enough, she found Bitcoin, read the white paper, and had an ‘a-ha’ moment. “Bitcoin was kind of the extent of the ecosystem at that point in time. Now there’s a much richer and diverse set of things in that tree. But even back then, I thought it was a really interesting technology. And I could see a lot of different applications if it worked.”

Anatomy of an on-chain game.

Axie Infinity is only the tip of the iceberg when it comes to the excitement Simpson feels for web3 gaming. For her, Axie was a defining game that spawned dozens of projects which, in a way, learned and copied it. “They have taken pieces of what [Axie has] done and are iterating on it, and continuing to adjust it to their own needs, and whatever it is that they’re building. So I think actually deserves a lot of credit having kicked off this whole movement.”

Another of Simpson’s investments, Irreverent Labs, is a Seattle-based blockchain game company that this year unveiled its first game: MechaFightClub, a robot cockfighting game that uses NFTs. a16z led the $40 million round in May.

According to Simpson, we are in the process of seeing a lot of great teams, many of which came from the traditional game world where they were top-tier makers in web 2.0. These developers have felt attracted to the web3 model because it gives back to the creators of the value, i.e. the players. “Now we’re in a phase of saying: we launched v1 of this model, how do we take it to v2? How do we continue to iterate on the economic model? How do we make sure that we have sustainable economies and really fun games? And so I think that’s where we are, with interesting pockets starting to emerge of subcategories,” she says.

One of those niches, according to Simpson, are on-chain games — video games whose state exists entirely on the blockchain. Web3 games, by definition, have assets on-chain in the form of NFTs. “But on-chain games take it a step further, and they don’t just have the assets or the financial components on-chain, but rather also have the game logic on-chain. It’s an interesting choice because it somewhat constrains the design space. It’s a different kind of fun, very crypto-native. That’s something that we’re tracking. I think, obviously, it’s still super, super early, even more, early than web3 games as a whole. But I do think it’s an interesting trend and one that we’re watching.”